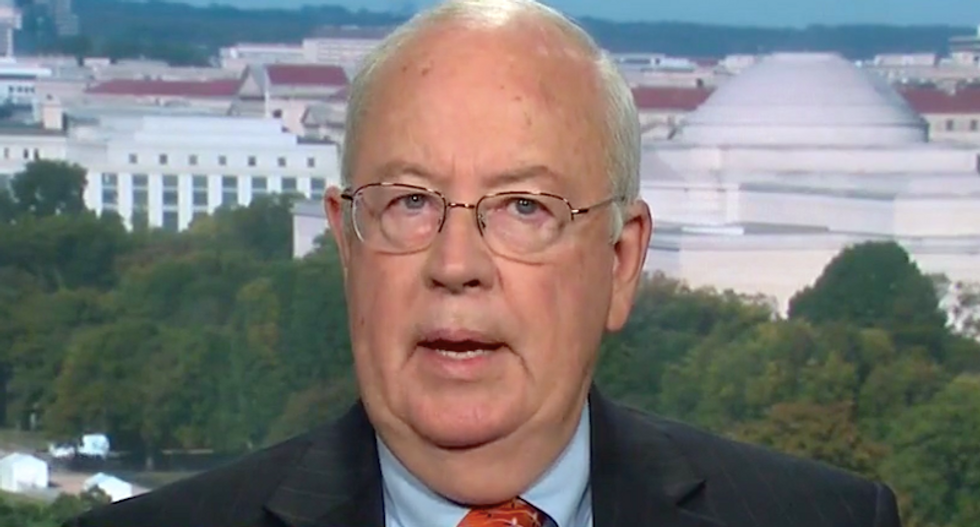 CNN on Wednesday followed an interview with a sexual harassment victim by talking to Ken Starr, who was ousted as president of Baylor University after a report found that the school covered up rape and other sexual assault allegations.

In an interview on CNN's New Day, reporter Lauren Sivan explained how difficult it was to come forward after Hollywood mogul Harvey Weinstein tried to grope her and then masturbated in front of her.

"Everyone has a story of a man in power who exploits that power, who makes them feel uncomfortable or them feel that they've either done something wrong if they don't acquiesce," she said, noting that Camerota had also been a victim of sexual harassment while working at Fox News.

"What could I have done?" Sivan asked. "And I still think that many women feel, what do we do? What is the right response to have when something like this happens to you?"

After a run-through of the day's headlines and a short commercial break, host Chris Cuomo "welcomed" Starr to the show to talk about the investigation into Russia's interference in the U.S. election.

While Cuomo reminded his audience of Starr's role in Bill Clinton's impeachment, he failed to acknowledge the former judge's recent ouster from Baylor University in the wake of a report that found the school covered up sexual assaults instead of reporting them to authorities.

Without ever mentioning Starr's role in the scandal, Cuomo ended the interview and immediately moved on to a lengthy segment about Weinstein.

"We have all the angles covered," Cuomo announced.