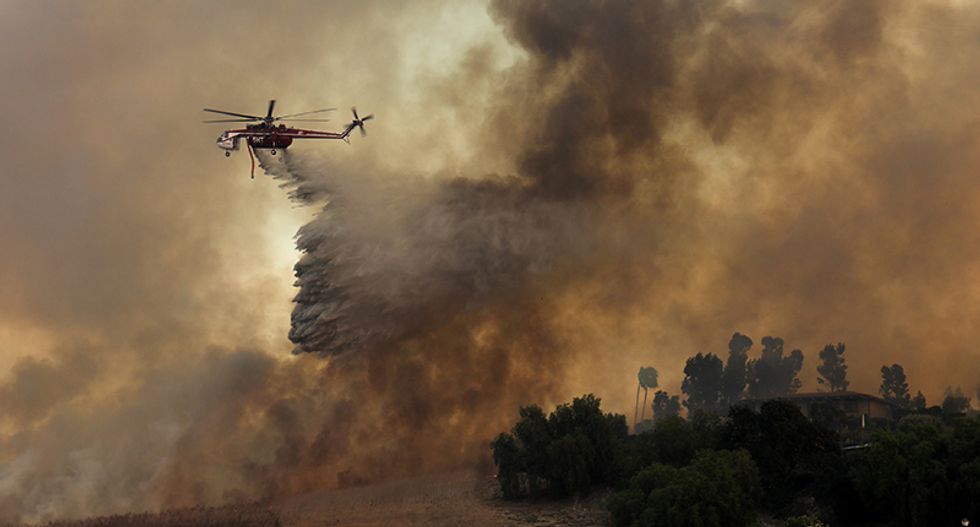 A firefighting helicopter drops water to help save a home during a wind driven wildfire in Orange, California, U.S., October 9, 2017. REUTERS/Mike Blake

At least 10 people have died in a spate of wildfires fanned by strong winds through northern California's wine country, a spokesman for the California Department of Forestry and Fire Protection said on Monday.

Some 15 fires raging largely unchecked across eight northern California counties, including the state's primary wine-making regions in Napa and Sonoma counties, have also destroyed some 1,500 homes and businesses and forced the evacuation of an estimated 20,000 people, authorities said.