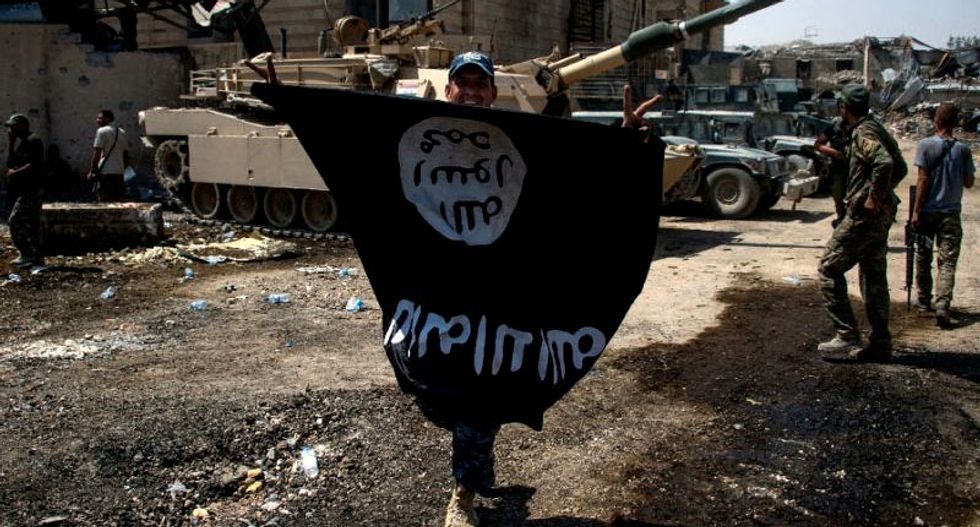 Claims of responsibility for terror attacks by the Islamic State group were once seen as credible, but in the wake of the Las Vegas atrocity, experts stress that the retreating jihadists are increasingly spreading fake news.

Via its propaganda news agency Amaq, IS has twice said that the Las Vegas shooter, a 64-year-old retired accountant, was a "soldier" of the group.

On Monday, it put out a second statement claiming serial gambler Stephen Paddock had recently converted to Islam and was known by the nom de guerre Abu Abdel Bar al-Amriki.

American investigators are scrambling to understand the motive for the worst shooting in living memory on US soil, but IS experts are sceptical that Paddock was linked to the terror group.

The FBI said Monday it had so far found "no connection" between him and any international terrorist group.

"ISIS in recent months has made a number of demonstrably false claims for attacks and incidents that had no jihadi terror nexus," Paul Cruickshank from the US-based Combating Terrorism Center said.

One theory is that, as the extremists face military defeat on the territory they once held in Iraq and Syria, they are seeking to generate publicity to show they are still a force to their supporters.

"ISIS, desperate for attention, will claim just about anything these days knowing their supporters won't believe the government or media," Cruickshank added.

French Interior Minister Gerard Collomb made the same point on Tuesday, saying the group "tended to claim every attack" in order to "maintain a presence in the media space."

Discerning who is ultimately responsible for attacks is an inexact science.

The gunmen and suicide bombers behind the carnage in Paris in November 2015 for example are believed by investigators to have carried out an attack which was planned in part from the fanatics' base in Syria.

But other killings have been perpetrated by people seemingly inspired by the group's murderous ideology, but without necessarily having been in contact. Some have left flags or a video message to indicate their allegiance.

Last week, IS released a recording of what it said was its leader Abu Bakr al-Baghdadi urging followers to use any weapon at their disposal to strike the West.

"If the guy is a convert and made contact with ISIS, someone would have to know," Islamic State specialist Shiraz Maher wrote on Twitter, referring to the Las Vegas shooter.

"Friends, family, law enforcement will shed light on that," added the researcher and author from King's College London university.

The problem, like all fake news, is that once a story spreads on social media or elsewhere on the internet it is very difficult to correct it.

Farhad Khosrokhavar, an expert on Islam from the School for Advanced Studies in the Social Sciences in Paris (EHESS), used the example of a truck attack in Nice in July 2016 that left 86 people dead.

IS claimed Mohamed Lahouaiej-Bouhlel, a drug-taking Tunisian with no religious education, was one of its "soldiers" following the attack, but there remains no evidence tying him to the group.

"This massacre had nothing to do with jihadism, the perpetrator had huge psychological problems," Khosrokhavar told AFP. "But no one listens. There are moments when societies are blind and they then fall into the Islamic State's trap."