Former RNC spokesman: 'I try very hard to stay out of Steve Bannon's head -- it's a scary place' 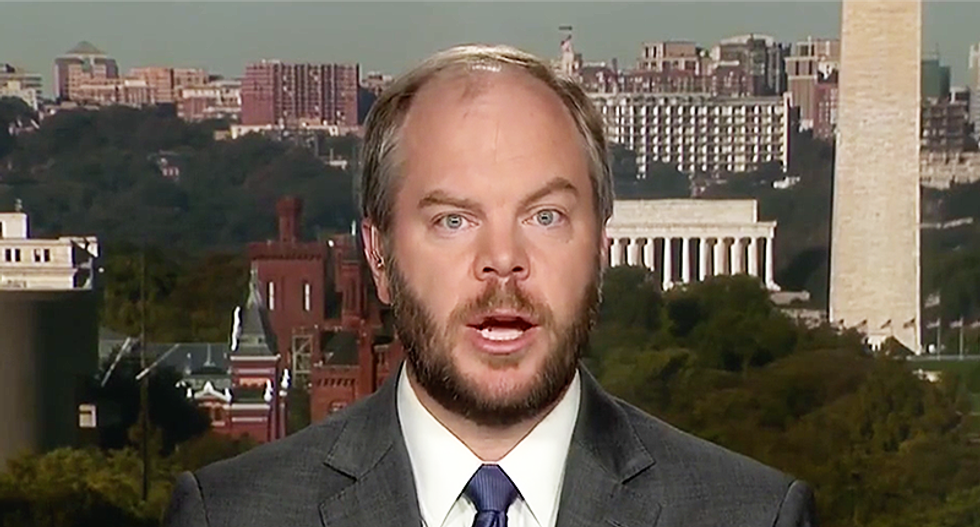 CNN commentator Errol Louis presumed that McCain was trying to bring the Republican Party together, after Trump has spent the last year seemingly tearing it apart.

Former RNC spokesperson Alex Conant noted that there is a joke in Washington that for everything Trump says there's one of his tweets to say the exact opposite. Harlow wasn't accepting the quip, instead shaming that this is serious business.

"This matters because it's getting it done for the American people," Harlow said.

Conant's excuse was that president's never blame themselves. Berman mentioned the strange polling numbers that show that more Republicans believe Trump than they do members of Congress. He asked if Conant thinks that's what Breitbart's Steve Bannon has in mind when he attacks the GOP members of Congress.

"I try very hard to stay out of Steve Bannon's head. It's a scary place, to be honest with you," Conant said.

The panel was also forced to address the removal of Tom Marino from Trump's Drug Czar consideration. Marino was the source of an expose by CBS's "60 Minutes" that brought out his role in weakening the Food and Drug Administration’s oversight of opioids in the United States.

Louis explained that this was an obvious decision the White House was forced to make, because Marino is one of the greatest "swamp monsters" of the swamp Trump claimed he'd drain.

Conant said that he gives credit to the White House for acting swiftly. However, given Trump's big announcement over the opioid epidemic Wednesday, he noted they should also act swiftly to get a new nominee.