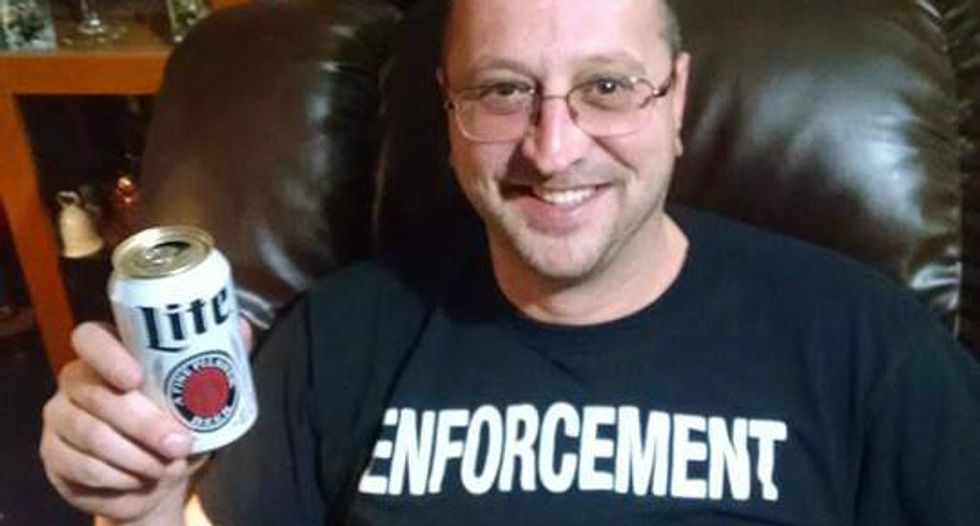 Leo Mirolli Jr., a paramedic and Republican candidate for coroner in Pennsylvania's Northumberland County, has a long history of controversial Facebook posts that include racial epithets, rape jokes and threats to get his critics fired.

According to Sunbury, PA's Daily Item, Mirolli's rhetoric, which includes a post where he used the n-word to refer to rapper Kanye West, drew criticism from the Northumberland County Republican Committee.

Simple Facebook searches reveal Mirolli regularly posts using bigoted language. In several of them, he refers to black men accused of rape as "Obama's children," and also links to right-wing blogs peddling fake news about Muslims being "pro-rape" to bolster his anti-Muslim stance.

Mirolli, who regularly makes posts critical of "liberals," also claimed he's "on a special assignment for President Trump to keep the snowflakes busy" while he builds his border wall "up to Washington."

But it's the way Mirolli "intimidates" those who disagree with him that's most upset one of his fellow Northumberland residents.

According to a resident in the county, who contacted Raw Story and asked to remain anonymous out of fear of retaliation from Mirolli, the Republican coroner candidate is trying to silence naysayers by doxxing them.

In one instance earlier this week, Mirolli posted a photo of pages of social media exchanges that he said he intends to take to Geisinger Sunbury, a primary care practice where many of his critics work. According to the Northumberland resident who contacted Raw Story, Mirolli publicly accused nurses of being a "junkies" on Facebook -- unsubstantiated claims that could put their jobs in jeopardy.

Check out screenshots of some of Mirolli's more offensive posts below.