How did Las Vegas shooter get his arsenal? The answer in the US: easily and legally 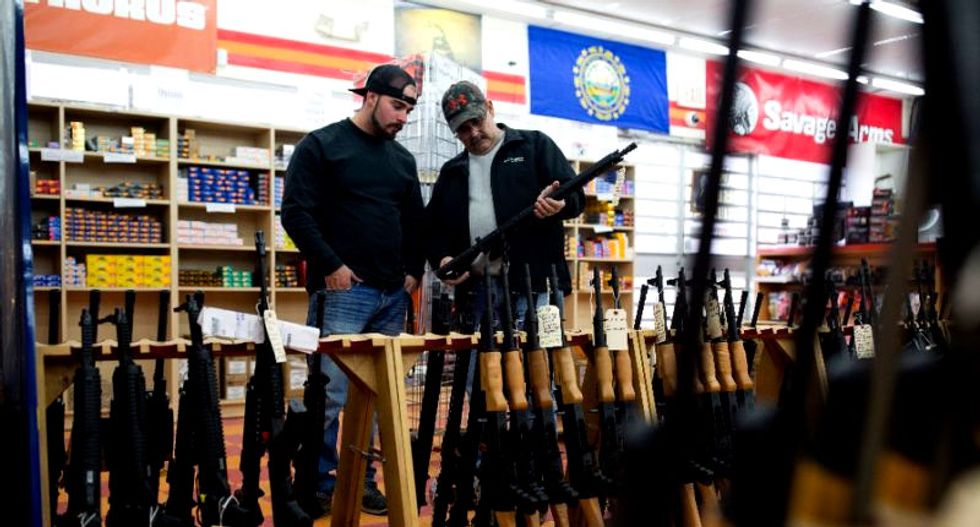 Twenty-three guns in his hotel room. Nineteen more at home. Piles of ammunition, and devices that converted assault rifles to automatic weapons that fired like machine guns.

How did Las Vegas gunman Stephen Paddock, who shot and killed 59 people from his 32nd story hotel window, amass an arsenal of firearms? In the United States, and particularly in states like Nevada, it's easy. And totally legal.

Although the country is notorious for its lax gun laws, there are some restrictions on multiple sales of handguns. But if someone wants to build up a cache of rifles the way Paddock did, they could do so without anyone noticing.

Most gun sales are by federally-licensed vendors who must put buyers through background checks. The FBI will run their name through the National Instant Criminal Background Check System, which refers to three databases of offenders.

Those databases are not always perfect, relying on often spotty reporting from the states. Dylann Roof, the white supremacist who killed nine people in an African-American church in Charleston, South Carolina on June 17, 2015, cleared a handgun purchase background check just weeks before, despite having a drug conviction on his record.

But if a person's record is clean -- and Paddock evidently did not raise any red flags -- he can buy as many guns as he wants.

There are some controls, points out Laura Cutilletta, the legal director at the Law Center to Prevent Gun Violence.

Licensed gun dealers, who handle perhaps 60 percent of all firearm sales, have to report multiple handgun sales to the Bureau of Alcohol, Firearms and Tobacco. "Multiple" means two or more guns to the same purchaser within five business days.

Even then, Cutiletta says, "There is no requirement that law enforcement investigate."

Three states -- California, New York and New Jersey -- prohibit sales of more than one handgun in 30 to 90 days, with slight variations between them.

Beyond that, the country is an open market, with private sellers of used guns not having to run background checks, and no restrictions on long gun purchases.

In Nevada, where gun laws are particularly lax and enforcement more so, it would have been easy for Paddock to accumulate all the guns he had unnoticed.

"There is no way that AFT or the FBI would know," said Cutiletta.

- Easy to convert to automatic -

But what stood out in Sunday's massacre, when Paddock unloaded his guns on a crowd of 22,000 at a country music concert, was the rapid pace of fire.

According to reports, he had modified some of his guns to work like automatic weapons, like machine guns, able to shoot many hundreds of rounds a minute with one trigger pull.

Automatic weapons have been banned in the United States for three decades.

But converting a semi-automatic weapon, including the AR-15 and AK-47-type assault rifles widely available in US gun shops, into an automatic weapon is easy.

For $40 you can buy a trigger crank, a small device that can be attached to the trigger. It can make the gun fire three or four times with each turn of the crank, significantly faster than using a finger to pull the trigger.

For as little as $99, you can get a bump stock, a spring-loaded stock that, with one pull of the trigger, keeps the weapon firing using its own recoil. It can enable the weapon to fire at a rate of 600 rounds a minute or more.

Trigger cranks and bump stocks are completely legal, they even come with ATF certifications that they do not constitute an illegal conversion of the guns. According to reports Paddock had two weapons with bump stocks.

Reports citing law enforcement authorities say Paddock also had a large stock of ammunition. That side of the business is also little-regulated, with only restrictions on certain types of ammunition like armor-piercing bullets.