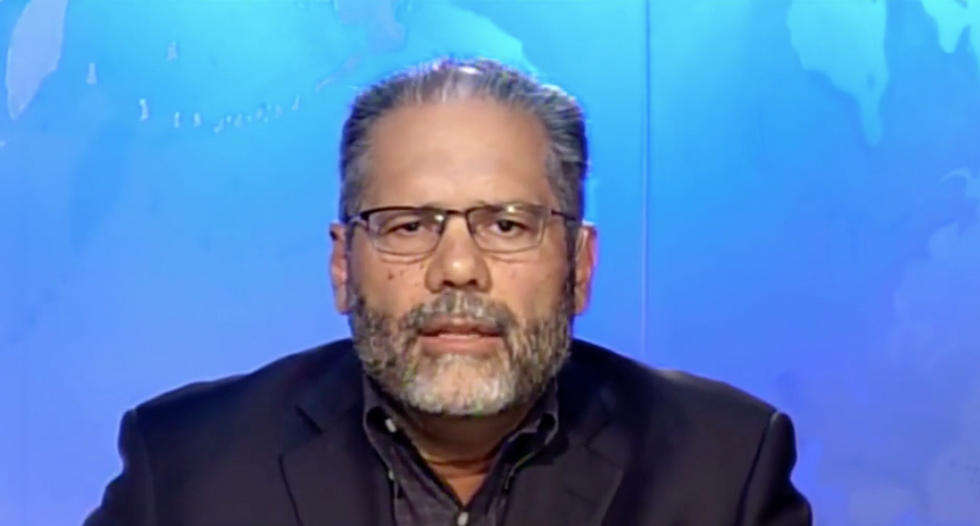 The Hill reported that after the U.S. team won the President's Cup golf tournament Sunday, Trump gave a speech dedicating the trophy to U.S. hurricane victims in Texas, Florida and Puerto Rico.

MSNBC's Thomas Roberts suggested that Trump is perhaps pivoting to the role of "comforter in chief."

"Well, you know, Thomas, if you live in an isolated community that can only be reached by very difficult roads through the mountains and you've only had intermittent fresh water nine days after Maria made landfall in Puerto Rico, you're probably only interested that the president dedicated a cup to you if it's filled with fresh, drinkable water."

Trump is perhaps trying to rehabilitate his image after spending the weekend personally attacking San Juan Mayor Carmen Yulín Cruz and the people of Puerto Rico as being lazy and expecting the federal government to do everything for them.

On Sunday night, despite the administration's rosy assessments of its efforts in Puerto Rico, the Pentagon issued an urgent bulletin that said half the island's 3.5 million residents still have no clean water and the problem is getting worse.