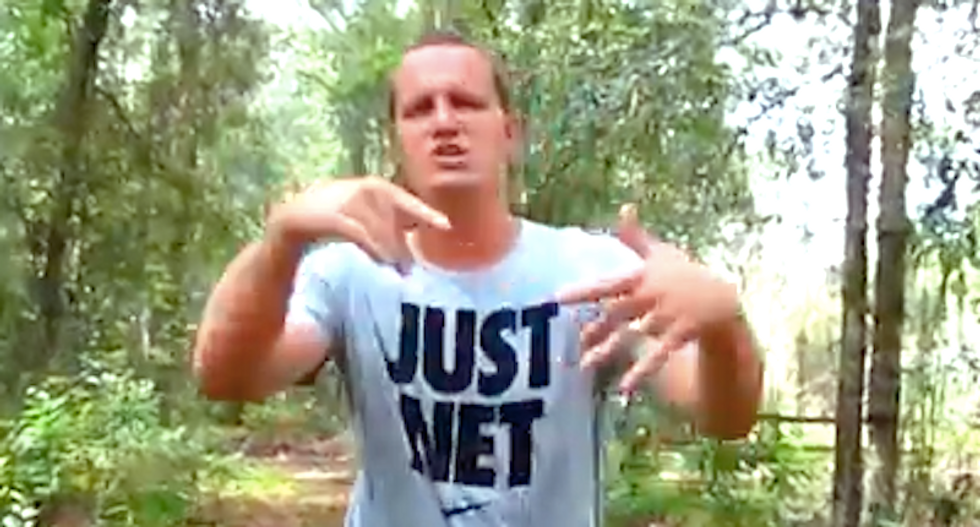 A Florida youth pastor is accused of serving "sex on the beach" cocktails to teenage friends of his daughters and then sexually harassing one of them.

Jared Michael Thomas, a Christian rapper and youth pastor at Ridge Manor First Baptist Church, was charged with two counts of contributing to the delinquency of a minor in the incident, reported Tampa Bay Online.

Hernando County sheriff's deputies said the 34-year-old Thomas took his own daughters to hang out with friends after a Sept. 5 volleyball match and stayed at the home after buying alcohol.

They said Thomas admitted to serving cocktails to the girls and becoming very drunk himself.

Thomas allegedly touched one girl inappropriately and made obscene comments to her, according to deputies, and then chased her around.

Two people present refused to leave with Thomas, according to the incident report, and he allegedly tried to shove them into his vehicle.

The girls locked Thomas outside the home, and deputies said he broke a window trying to force his way inside.

“She was scared,” said Jason Sager, who mentors the alleged victim and coaches the volleyball team. "She was frightened, as she should be. There was an adult giving chase to her in a vehicle."

Thomas has denied touching any of the girls, and deputies said they could not find enough evidence to charge him with battery.

The youth pastor, who records Christian rap music with his wife as the duo Beyond Skillz, turned himself in to deputies Sunday night on a warrant.