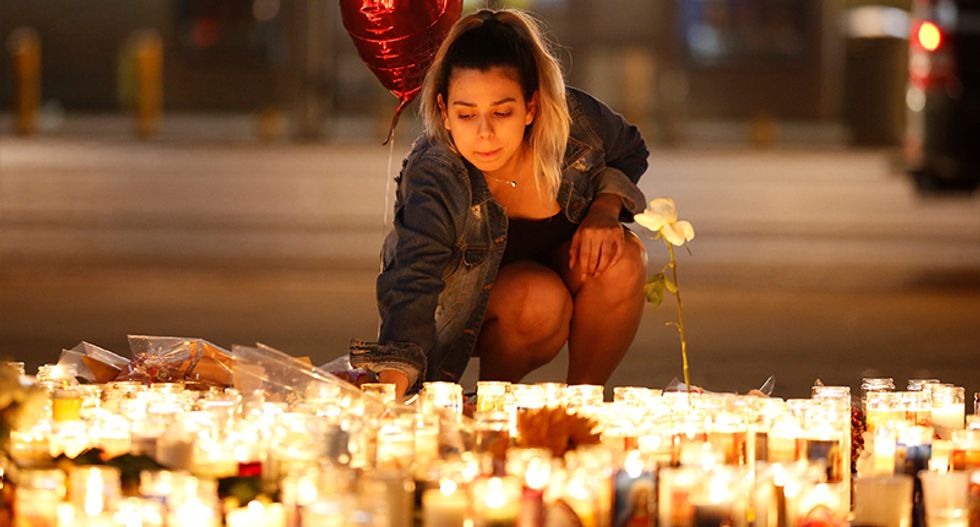 A year ago casino magnate Steve Wynn warned that Las Vegas was a "target city" and disclosed a raft of new security measures, including invisible metal detectors and specially trained guards, designed to prevent a large-scale attack.

Whether those measures would have prevented Sunday's rampage on the strip in which 59 people were killed is unknown. The gunman shot concertgoers from the 32nd floor of the Mandalay Bay Resort and Casino, a hotel complex owned by MGM Resorts International, a rival of Wynn Resorts Ltd. But the shooting, which also injured more than 500 people, could spur casino operators to think more like Wynn, who had been dismissed as "obsessed" about security before Sunday's massacre, a rival casino executive said. "This could be a turning point," the executive said, speaking on condition of anonymity because security measures are private. "Every management team is going to move this up to the top of the list."

A representative of MGM could not be reached for comment.

Hotels already have extensive security for gambling, including dogs that patrol the casinos to sniff for drugs and bombs, and significant security staff that constantly monitors the actions of people, including undercover security.

In an interview with Las Vegas' KTNV in 2016, Wynn Resorts Chief Executive Steve Wynn said, "Las Vegas is a target city. We have hardened the target at the Wynn.”

He said his company has metal detectors and devices at every entrance of its building for employees and guests that are nonvisible to the public as well as specially training guards.

"There are almost 40 of them at every opening of my building, plain clothes, armed, on the look-out, changing shift and being relieved every two hours so they don’t get bored,” he said.

"We have done extraordinary things to make sure that we protect our employees and our guests at the hotel," Wynn said.

His comments were confirmed on Monday by company spokesman Michael Weaver.

While other casino operators have contemplated heightened security measures, none have gone to the lengths of Wynn, the rival casino executive said.

A.G. Burnett, chairman of the Nevada Gaming Control Board, said in a telephone interview on Monday that a task force was set up among regulators and law enforcement officials a few years ago to discuss security issues.

“We were always worried about something like this happening on the casino floor, but this was outside the casino,” Burnett said, adding, “We will continue our efforts in speaking with Las Vegas casinos on bolstering their security.”

David Shepherd, chief executive of consultancy the Readiness Resource Group and former director of security for the Venetian Resort Hotel and Casino, said, "You are looking at 40 million tourists coming into Las Vegas. Security has to be effective but not intrusive."

"We've had one event. Are we are going to change everything after one event?"

Police identified Sunday's gunman as Stephen Paddock, a 64-year-old retiree armed with multiple assault weapons. Police said they recovered a total of 34 weapons belonging to Paddock, including 16 from the hotel room. [nL2N1MD1CU]

Casino security expert Steven Baker said standard M-16 rifles, for example, can be broken down to fit in a suitcase.

"If I can take a suitcase to my room I can have that in there. Nowhere do we have the full out screening of baggage like we do in airports. The logistics of doing that are huge," said Baker.

Casino operators typically refrain from disclosing details of their security policies. Both Las Vegas Sands and Caesars Entertainment Corp said they were constantly reviewing their protocols to ensure the safety of customers and working closely with local police.

Boyd Gaming Corp, whose casinos in Las Vegas include the Orleans and the Gold Coast, said they were looking at ways to increase security in the wake of the shooting. "We have very robust security measures in place today," Boyd spokesman David Strow said on Monday. "However, in light of this incident we are reviewing our security measures and will heighten them as necessary."

The 2016 annual reports by the four largest U.S. casino groups - MGM, Wynn, Caesars and Las Vegas Sands - included discussions of major business risks, such as cyber attacks or the effects of terrorist attacks on travel, but there was no discussion in the reports of an attack along the lines of the one that occurred on Sunday.

None of the four companies replied to requests for comment on the annual reports.