Las Vegas victims targeted by death threats after surviving massacre: 'I hope someone truly shoots you' 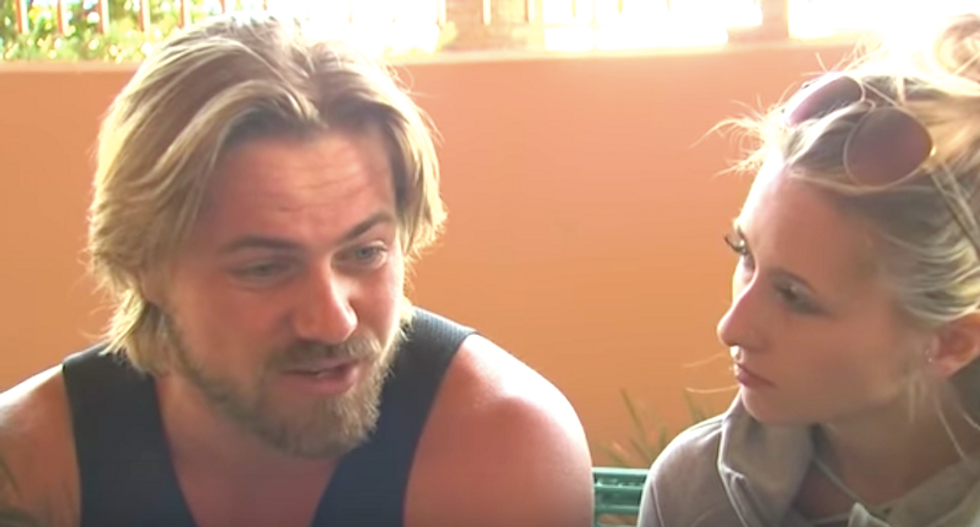 Some of the concertgoers who survived the Las Vegas mass shooting have been targeted by death threats from online conspiracy theorists.

Like many mass shootings, the Las Vegas massacre that left 58 dead and hundreds wounded has prompted claims that the tragedy was a hoax, and some of those conspiracy theorists have spammed social media with threats and abuse against the victims and their families, reported The Guardian.

YouTube and other social media sites are filled with posts and videos claiming the survivors are "crisis actors," a concept popularized by InfoWars broadcaster Alex Jones after Sandy Hook, hired to pose as victims.

“You are a lying piece of shit and I hope someone truly shoots you in the head,” someone wrote on Facebook to Braden Matejka, who survived a gunshot to the head. “Your soul is disgusting and dark! You will pay for the consequences!” wrote another.

A Facebook meme circulated with a photo of the 30-year-old British Columbian after the shooting, captioned, "I'm a lying cunt!"

Matejka was forced to shut down his social media accounts, but his family and friends have also been targeted for abuse.

“There are all these families dealing with likely the most horrific thing they’ll ever experience, and they are also met with hate and anger and are being attacked online about being a part of some conspiracy,” said his brother, Taylor Matejka, told The Guardian. “It’s madness. I can’t imagine the thought process of these people. Do they know that we are actual people?”

Matejka and his girlfriend, Amanda Homulos, gave an emotional interview shortly after the shooting, which they escaped by jumping into a stranger's car.

Conspiracy theorists came up with myriad ways to cast doubt on Matejka's account, because his injuries didn't meet their expectations or because they believed the government was staging mass shootings as a pretext to confiscate guns.

“Obviously a TERRIBLE CRISIS ACTOR,” wrote one Facebook user named Samantha. “HE’S SCAMMING THE PUBLIC … This was a government set up.”

One woman posted 26 consecutive messages on a GoFundMe page set up for Matejka, according to The Guardian, saying she had been a nurse for more than 20 years and was certain he was making up his claims.

“I hope someone comes after you," wrote a Facebook user named Josh, "and literally beats the living f*ck outa you.”

Other survivors who gave interviews after the shooting have reported similar threats and abuse -- and their friends want social media sites to do more to police threatening content.

“If they’re putting it online and promoting it, they should be accountable for that," said Rob McIntosh, who has been accused of being a crisis actor despite being shot in the chest and arm. "They are providing a service … they need to police it.”

Matejka's brother said he tried responding to some of the posts, but he said the commenters weren't interested in reason.

“A really sad part of this is that a lot of these people think they’re fighting the good fight and exposing truth,” he said.