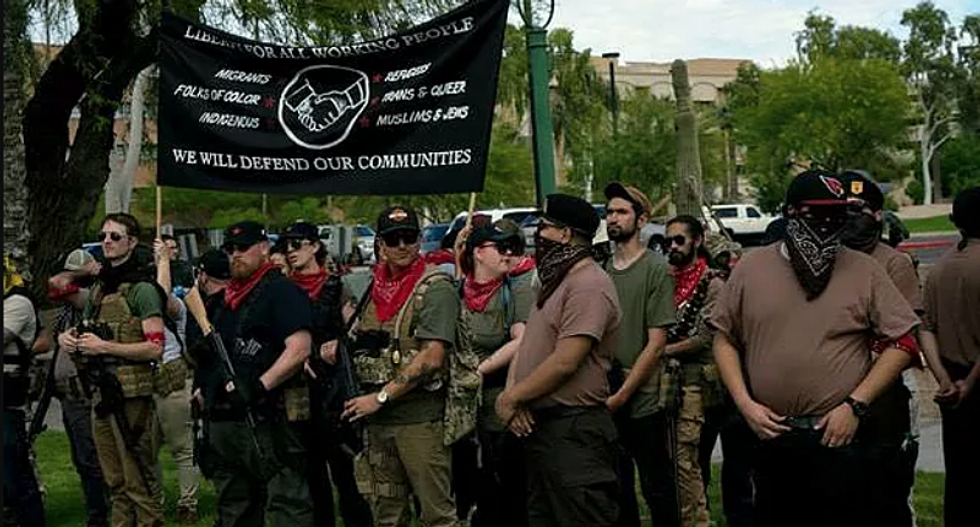 Left-wing activists are taking up arms in response to increasingly bold actions by white supremacists and other right-wing extremists.

The National African-American Gun Association added 500 new members within two days after a white supremacist rally in Charlottesville left a counter-protester dead, and the group went from four chapters to 45 in the past year.

The national Liberal Gun Club has roughly doubled its paid membership since the election, to about 5,500, and the LGBTQ-oriented Pink Pistols groups also added members.

“It’s a way to assert our strength,” said Jake Allen, 27, who helped form the Pink Pistols. “Often, queer people are thought of as being weak, as being defenseless, and I think in many ways this pushes back against that, and I want white supremacists and neo-Nazis to know that queer people are taking steps necessary to protect themselves.”

Mark Bray, author of “Antifa: The Anti-Fascist Handbook” and a visiting scholar at Dartmouth College, said leftists had gained a new perspective since Occupy Wall Street, and he said Trump's election had emboldened right-wing hate groups.

“Back (during Occupy demonstrations) we were sitting in parks, twinkling our fingers and talking about economic inequality,” Bray said. “Now we’re talking about firearms and self-defense.”

Anti-fascist radicals, including the armed Redneck Revolt group, have clashed with right-wing extremists at public demonstrations around the country, but the trend away from nonviolent protest has worried some veteran activists.

“Is an arms race what we really want?” asked Scott Fearing, executive director of Rochester’s Out Alliance. “What we know in any arms race is that it’s never good for anybody, and death and destruction and harm and hurt can come when so many people have arms and weapons.”