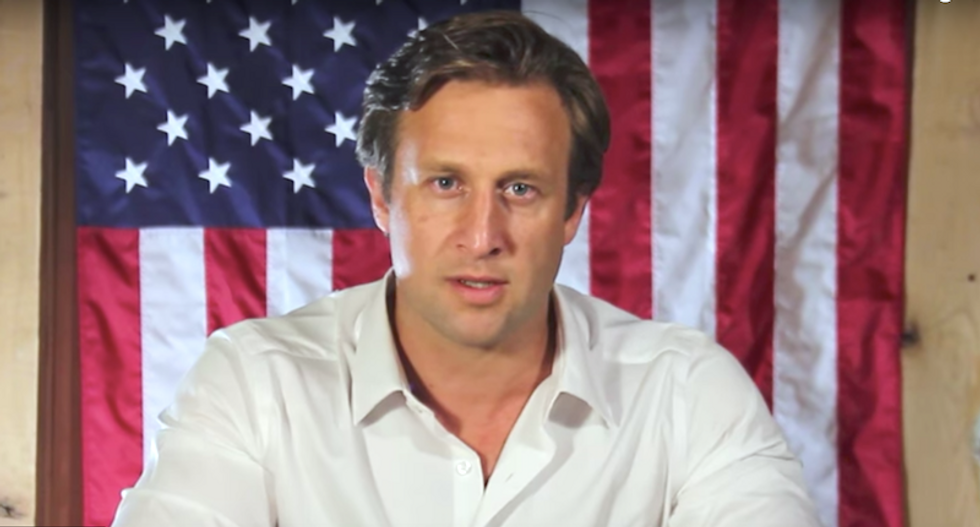 Hawley has drawn praise from Breitbart News, overseen by Bannon, the erstwhile White House chief of strategist, and the backing of former Missouri Sen. John Danforth -- who has questioned President Donald Trump's credentials as a Republican.

Sykes attacked both Hawley and his "sugar daddy" Danforth in an incredibly long ad that demonstrates Poe's law -- an internet adage that it's impossible to parody extreme views without being mistaken for a sincere expression.

"Tell us the truth, Josh — and be honest for once — just say it," Sykes says in the video, speaking for his opponent. “I Josh Hawley, am an effete, clubby, stuff-shirted, big-money RINO — a liberal pretending to be a conservative, a Democrat pretending to be a Republican, a walking, talking political flim-flam man who conned Missouri 39 weeks ago to get my AG office — and now I’m out to con Missouri twice.”

"And Josh, why not come all the way out of that political closet while you’re at it?" Sykes continued. "Confess the rest, just say it: I Josh Hawley, love my political sugar-daddy Jack Danforth — we are both big money snobs who hate President Trump. And yes, my mentor and closest advisor — dog food heir and discredited Sen. Danforth — has become a screaming liberal curmudgeon, full of hate and envy for President Trump, Danforth goes about condemning the President and calling President Trump a 'hateful man.'"

One political scientist who reviewed Sykes' campaign positions, which include his belief that women should be traditional homemakers, can’t be 100 percent certain Sykes is serious, and described his views as “Trump-inspired populism on steroids.”

“I’m 99.9 percent sure it’s not parody,” said John Messmer, a political science professor at St. Louis Community College at Meramec. “It’s not something strategic done by the Democratic side or someone that’s looking to criticize the conservative or Republican position.”

“I do hold back that 0.1 percent,” Messmer added. “This might be one of the greatest examples of political performance art I’ve ever seen.”