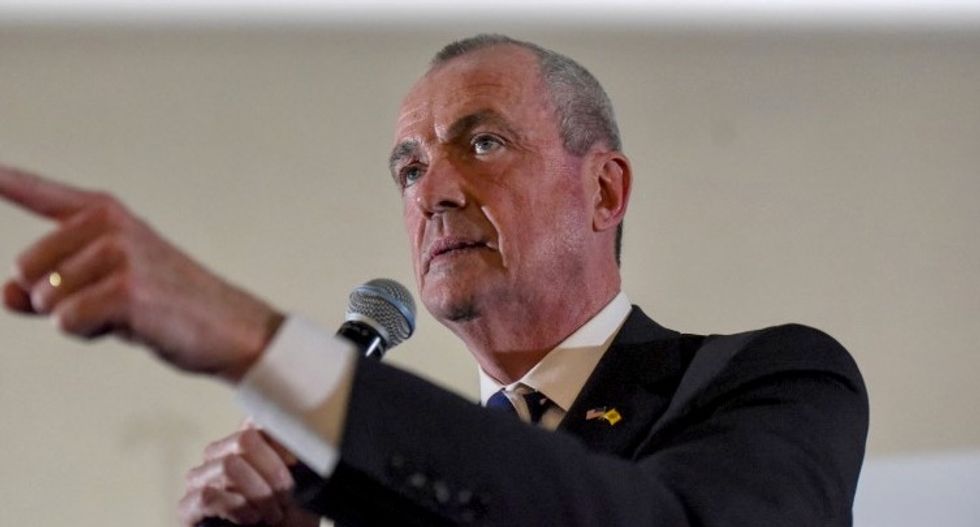 Phil Murphy, a wealthy former Goldman Sachs investment banker, might seem an unlikely champion of the working and middle classes.

But New Jersey's Democratic candidate for governor, who leads Republican Lieutenant Governor Kim Guadagno by double digits in polls, has pushed to increase taxes for corporations and the rich to pay for a plethora of populist policy proposals: tuition-free community college, increased school funding and tax credits for families.

His race, one of two gubernatorial campaigns in 2017, offers an early opportunity ahead of next year's bonanza of congressional and governor's races for Democrats to weigh how to win in the era of Republican President Donald Trump.

With Republican Governor Chris Christie's record-low approval ratings dragging down Guadagno's campaign, Murphy, a 60-year-old who has never held office, has pushed a decidedly liberal agenda that would put his state at the center of his party's resistance to the president's policies.

"A lot of people assumed that after the Democratic primary was over, he would pivot more to the center - we haven't seen that happen," said Brigid Callahan Harrison, a political science professor at Montclair State University in New Jersey.

Guadagno, 58, portrays Murphy as an elitist millionaire - he has spent more than $16 million of his money on his run - and said he has no plan to finance his lofty goals.

"I will lower your taxes, and Phil Murphy will raise them," she said last week at the close of their final debate.

Like Sanders, Murphy has focused his message on a "fairer" economy, vowing to help the middle, not the moneyed, class. He highlights his working-class childhood as proof he understands financial struggle.

He has backed a $15 minimum wage, proposed a public bank to provide low-interest loans to residents and promised to force "corporations, hedge funds and the wealthiest among us" to pay their fair share.

"He seems like a hardworking guy who can relate to hardworking guys," said Ed Coryell Jr., a carpenter who attended a union rally in Edison for Murphy earlier this month. "We look for people who are going to create jobs for our members."

Murphy also has woven more traditional Democratic social issues into his campaign, even as he embraces liberal causes such as legalizing marijuana.

"Progressive means a lot of things, but I promise you it means at least three things," Murphy said at a rally on Thursday with former President Barack Obama, under whom he served as ambassador to Germany from 2009 to 2013.

"We will fund Planned Parenthood again," he said. "We will sign sensible gun safety laws to keep our communities safe. And we will do something about climate change."

Most notably, Murphy has said he would extend protections for illegal immigrants, turning New Jersey into a "sanctuary state."

Guadagno seized on that issue, airing a television commercial that said Murphy "will have the backs of deranged murderers."

"Phil Murphy is even to the left of Bernie Sanders," Guadagno campaign spokesman Ricky Diaz said. "Phil Murphy is out of touch with middle class families who want to make the state safer and more affordable."

Though he has run to the left, Murphy has strong backing from the Democratic establishment, with Obama, Clinton and former vice presidents Joe Biden and Al Gore all campaigning with him this month.

By contrast, Guadagno, who is trailing badly in fundraising, has received minimal support from national Republican leaders.

There is little question that Murphy's liberal positions have been buoyed by the headwinds Guadagno faces, given Christie's and Trump's statewide unpopularity.

That could mean Murphy's campaign is not a perfect blueprint for other Democratic candidates, some analysts said.

"I think a lot of people will turn to New Jersey and say, 'Democrats have to go progressive,'" said Matthew Hale, a political science professor at Seton Hall University in South Orange, New Jersey. "But I would be very wary of Democrats trying to take a page out of the Phil Murphy playbook in any other place."