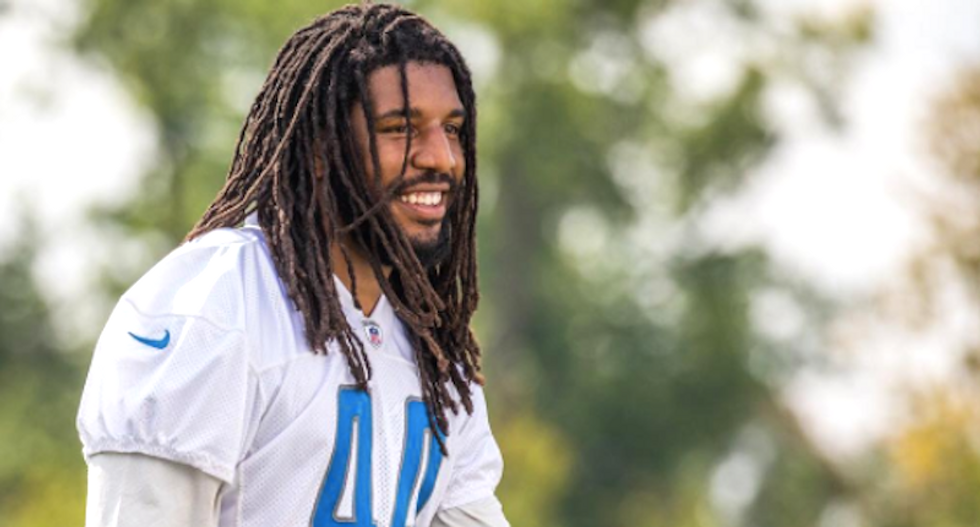 A Detroit Lions rookie said NFL fans have wished a debilitating brain injury on him for kneeling during the National Anthem.

Jalen Reeves-Maybin, a 22-year-old linebacker, said he has been flooded with hate mail for protesting racial inequality before football games, reported MLive.

"People are saying, like, 'I hope you get CTE,'" Reeves-Maybin said. "Or, 'I hope you can't play with your kids when you get done playing,' stuff like that. But, yeah -- it doesn't bother me."

The fourth-round draft pick out of Tennessee said the hateful messages frequently include racial slurs, including the N-word.

Reeves-Maybin and seven of his teammates kneeled during the "Star-Spangled Banner," and team owner Martha Firestone Ford joined players in locking arms to show unity in the face of President Donald Trump's personal attacks on protesters.

"I feel like the right thing for me to do is kneel," Reeves-Maybin said. "I really don't like the state of social inequalities and justices that go on here. I didn't want it to be about what President Trump said, and I felt like at the time, the week when you saw all the demonstrations, I feel like it more so made it about that and that's not the idea of what it should have been."