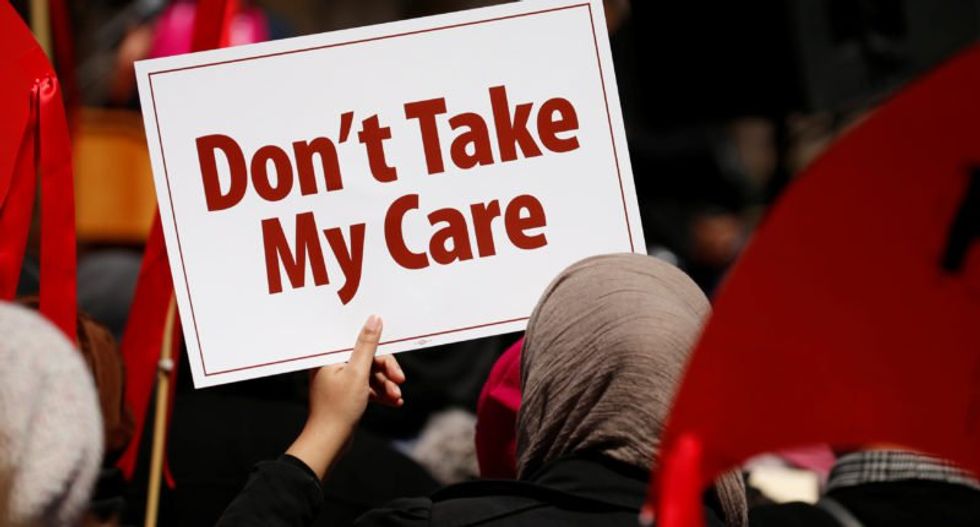 President Donald Trump's reversals in the past week on maintaining Obamacare subsidies to insurers are sowing new confusion over what kind of health insurance will be available to consumers, and at what price, when enrollment for 2018 begins in two weeks.

Trump said last week his administration would stop paying billions of dollars in subsidies that help insurers give discounts to low-income households, one of several moves to dismantle the signature healthcare law of his Democratic predecessor, Barack Obama.

Since then, Trump has alternately supported, and dismissed, an effort by Republican and Democratic senators that would reinstate the subsidies for two years, until a broader replacement to the 2010 Affordable Care Act, commonly known as Obamacare, can be negotiated.

"We are worried that consumers on (Obamacare) plans will be confused by all the back and forth and proposed policy changes and that this will cause them to not seek out assistance,” said Bryna Koch, special projects coordinator at the Arizona Center for Rural Health, which helps consumers choose and sign up for individual health plans offered under Obamacare.

Trump, who promised during his election campaign to repeal and replace Obamacare, which he has called a "disaster," has said the subsidies amount to a bailout for insurance companies.

By law, health insurers must still offer the discounts on deductibles, co-pays and other out-of-pocket costs, even if the government stops reimbursing them. Insurers say they do not profit from the subsidies.

Anticipating Trump's move, insurers proposed higher prices on monthly premiums in 2018 to recoup the money. In all but a handful of states, they submitted two sets of premium rates – a lower rate to use if the subsidies remained, and a higher rate to use if the funding was cut.

The fate of the subsidies remained in limbo on Thursday. A senior White House aide said that Trump would demand steps toward repealing Obamacare in any healthcare legislation, comments that cast doubt on the prospects for the bipartisan effort to shore up insurance markets.

A California court is expected to consider on Monday a request by Democratic attorneys general to keep the subsidies flowing until a legal challenge to Trump's decision is resolved.

If the funding is not restored when 2018 enrollment opens on Nov. 1, many consumers will see premium rates that are on average 20 percent higher than they would have been otherwise.

Even before Trump's decision on the subsidies, the Congressional Budget Office said the Republican president's policies to roll back Obamacare enrollment efforts would lead to 4 million fewer people signing up for insurance in 2018 than previously forecast. The CBO still expects 11 million people to sign up for next year - an increase from this year's enrollment of 10 million.

The federal government has already halted a subsidy payment to the insurance industry for October. But leading insurers are not yet sure whether that is the last word.

Anthem Inc Chief Executive Officer Joseph Swedish told Reuters he could not yet predict how ending the subsidies or restating them through "potential congressional action" would affect pricing next year. Anthem has submitted premium rates that account for the subsidies being cut.

Should the subsidies be restored at any time after Nov. 1, insurers may be able to revert to the lower monthly premium rates, or provide rebates for consumers.

Washington state's insurance regulator said it would allow insurers to change rates as soon as practical - even the next month - if lawmakers reinstate the funding, an approach backed by the National Association of Insurance Commissioners. But that could run up against federal government objections.

The Affordable Care Act does not allow for changes to premium rates after they have been finalized, an official for the U.S. Department of Health and Human Services said. At the same time, the administration is working to approve higher rates in several states that did not take into account Trump's cut in subsidies for 2018.