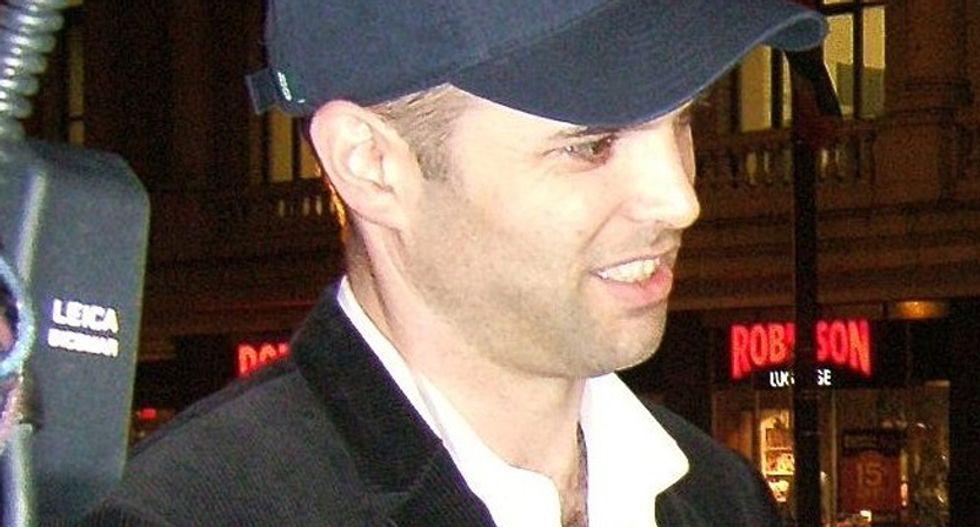 A Rolling Stone journalist and author canceled one of his two appearances at a humanities festival in Chicago on Saturday after backlash over a memoir he co-wrote in 2000, which critics say recounts his sexual harassment of female employees.

Matt Taibbi, author of a new book about the death of a 43-year-old black man, Eric Garner, at the hands of the New York City Police Department, was unable to attend a Chicago Humanities Festival (CHF) event due to "scheduling demands," organizers said.

Festival spokesman Joe Engleman did not comment on whether Taibbi's cancellation was directly related to the outcry but characterized his appearance as part of its promotion of public debate about police violence.

"As a Chicago civic institution, CHF encourages discussion and offers our attendees the opportunity to ask difficult questions of festival presenters," Engleman said.

Taibbi, who took part in a separate CHF forum in nearby Evanston later on Saturday, did not respond to a request for comment.

The 47-year-old Taibbi has come under fire in recent days after an NPR journalist asked him during an interview about the memoir, "The Exile: Sex, Drugs and Libel in the New Russia," which chronicles his time as the editor of an English language newspaper in Russia.

The book, co-written by Taibbi and another editor at the paper, Mark Ames, contains passages seemingly detailing mistreatment, sexual harassment and even assaults of their female staff and other young women.

Taibbi earlier this week posted a lengthy apology on Facebook, saying that "The Exile" was fictional and intended as a "giant satire" of young American expatriates living in Russia.

"I regret many editorial decisions that I made back then, and putting my name as a co-author on a book that used cruel and misogynistic language to describe many people and women in particular," Taibbi said in the statement. "I hope readers can forgive my poor judgment at that time."

In the statement, Taibbi also ascribed a particularly controversial passage in the book to Ames.

The uproar comes as a string of accusations against movie producer Harvey Weinstein have galvanized outrage over abuse of women that has been covered up or ignored. Weinstein has denied engaging in non-consensual sex with anyone.

Rolling Stone said in a statement released to a CNN reporter that it was standing by Taibbi, who it said had always been "utterly professional" in his conduct at the magazine. Rolling Stone did not respond to a Reuters email seeking comment on Saturday.

Ames also said in a posting on his website that the book was satirical.

"I never raped, harassed, assaulted anyone, and it sickens me that I’m dragged into having to make this sort of denial," Ames wrote.

Critics, however, point out that the book contains a note making clear that it is nonfiction.

"Some of us woke up to the Exile excerpts this morning. We still feel sick," journalist Aimee Levitt wrote in the Chicago Reader newspaper.