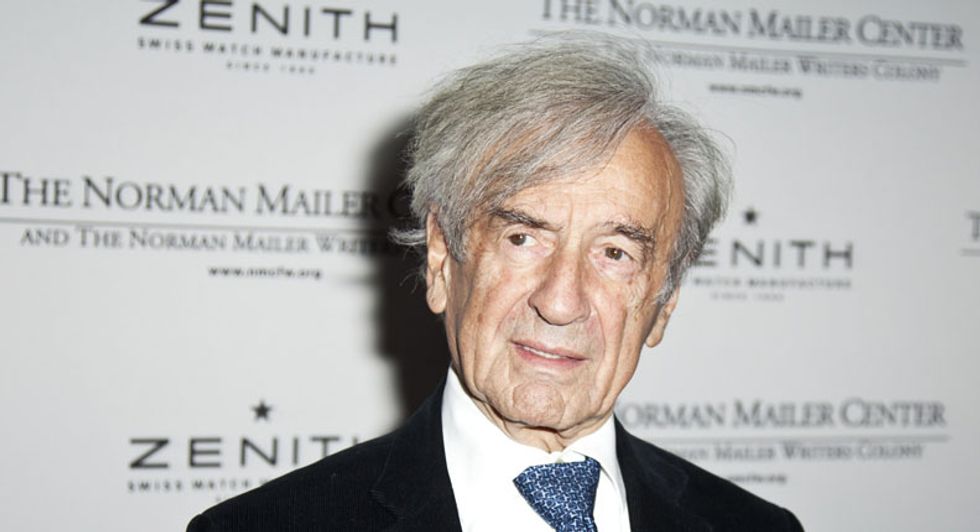 A scientist claims Nobel laureate Elie Wiesel molested her nearly 30 years ago at a charity event.

Jennifer Listman, an anthropological geneticist at New York University, said the author and Holocaust survivor assaulted her in 1989 at a charity dinner honoring the father of her boyfriend at the time, reported The Jewish Chronicle.

Listman, who was 19 at the time, described the incident in a blog post on Medium.

“Pushing with his hands," she wrote, "(Wiesel) shoved me and my boyfriend apart, inserted himself between us, placed one arm over each of our shoulders, and then gave a nod to the photographer and said, ‘Ok.’”

She said Wiesel groped her buttocks as the photographer snapped a picture, and he then immediately ran into the crowd of hundreds.

Listman said the encounter with Wiesel, who had won a Nobel Peace Prize three years earlier, left her with panic attacks and suicidal depression.

“You are sad beyond measure because, you believe, there are no good people," she added. "You mourn for humanity and for yourself.”

Listman reminded admirers of Wiesel, who died last year at 87, that she was not to blame for their hero's actions.

"I did not do it. He did," she added. "He is the only one responsible for his evil act.”

She opened her revelations by quoting Wiesel's own words from his Nobel Peace Prize acceptance speech in 1986.

"I swore never to be silent whenever and wherever human beings endure suffering and humiliation," Wiesel said. "We must always take sides. Neutrality helps the oppressor, never the victim. Silence encourages the tormentor, never the tormented."

Florida GOP Governor Ron DeSantis is taking time to pose for the cameras and talk to Fox News in the wake of the stunning partial building collapse that more than 12 hours later has left 99 people missing, and feared dead.