Senate Judiciary Dem ups Trump obstruction ante: 'This is not going to be another Saturday night massacre' 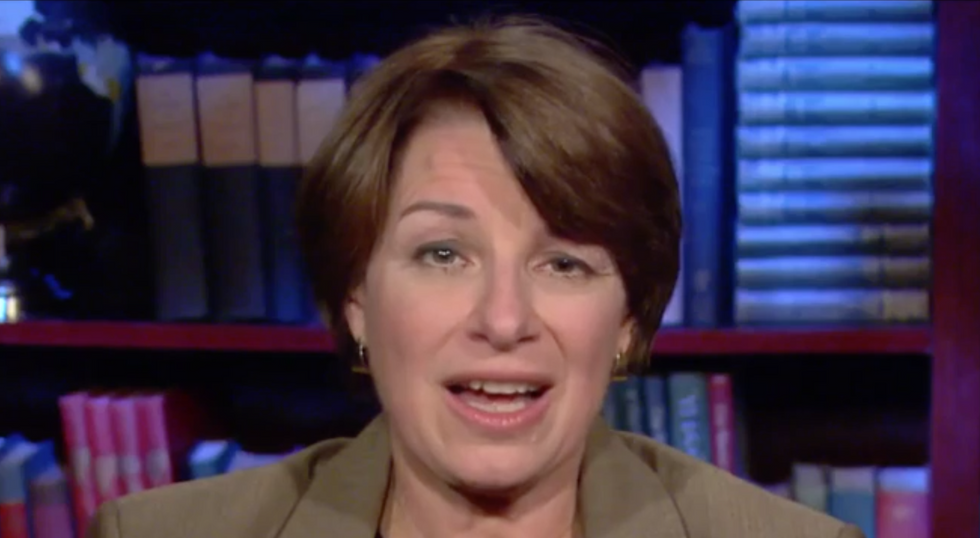 Senate Judiciary member Amy Klobuchar (D-MN) made headlines on Wednesday for asking Attorney General Jeff Sessions a question that prompted him to decline offering a "blanket" promise to not jail journalists. But it was comments she made later, regarding the AG's tenuous relationship with the president, that were perhaps the strongest.

Speaking with MSNBC's Chris Hayes, Klobuchar said it was telling that Sessions appeared to disagree with President Donald Trump's assertion that Special Counsel Robert Mueller's investigation is a "witch hunt."

"There seems to be a central question here about the role the attorney general may or may not have played in the firing of James Comey and the possibility that that amounts to obstruction of justice as the special prosecutor is looking at it," Hayes said. "Are you confident that you can say that the attorney general did not collude with the White House to obstruct justice?"

"I don't know the answer to that question because we didn't get all of the questions answered," Klobuchar said. "But what I do know is that I asked [Sessions] specifically about whether he still believes that this investigation should be allowed to continue. I specifically said, 'do you agree with the president that this is nothing but a witch hunt?' He pretty much implied he did not agree it was a witch hunt and that you should allow these investigations to take place."

"I thought that was very important because you know," she continued, "this summer it seemed as though the Attorney General was close to being fired by the president simply because of this investigation that would have set off these dominoes to the Deputy Attorney General [Rod] Rosenstein and others and really the entire Senate stood up and said 'no, this is not going to be another Saturday night massacre.'"

The "massacre" Klobuchar referenced was when then-President Richard Nixon forced the resignations of his attorney general and deputy attorney general after they refused to fire his special prosecutor, Archibald Cox.

Watch Klobuchar's entire interview with Hayes below, via MSNBC.