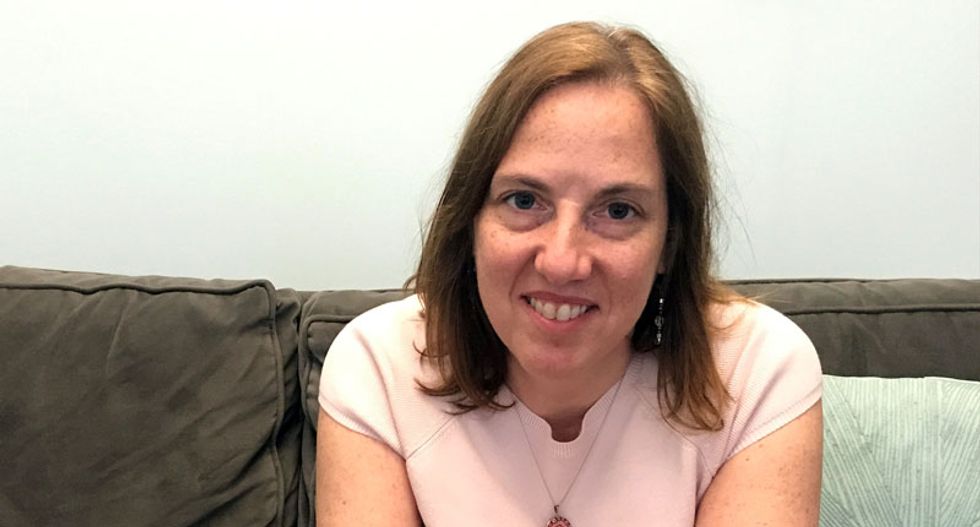 Karyn Feit sits in her office as she runs her own mental health counseling business and is worried about her premiums rising if the Trump administration halts federal funding for Obamacare subsidies in Philadelphia, Pennsylvania, U.S. on October 13, 2017. Photo taken October 13, 2017. REUTERS/Tim Reid

Tom Westerman voted for Donald Trump in last year's election but says he might not do so again after the president cut off billions of dollars in Obamacare subsidies to health insurance companies.

"It really upset me," said Westerman, 63, a self-described "middle-class guy" with an annual household income of about $60,000 in the western Pennsylvania city of Arnold.

Trump said last week he would stop paying the monthly subsidies, which he has derided as a bailout of insurers. The money reimburses insurers for discounts on deductibles, copays and other out-of-pocket costs the firms still must provide under Obamacare to low-income households.

Some insurers, anticipating that Trump would end the funding, had already raised 2018 premiums on insurance plans under Obama's Affordable Care Act to recoup those funds. Others withdrew from Obamacare markets in many states because of the uncertainty.

"It seems like he is trying to hurt the middle class," said Westerman, who is retired from a manufacturing company in Pennsylvania, a state that Trump won by little more than 44,000 votes over Democrat Hillary Clinton. It was the first time a Republican candidate had won Pennsylvania since 1988.

Westerman already pays $520 a month in healthcare premiums and about $700 a month for his 21-year-old daughter's college tuition. "He says he's going to make it better for everyone. How does a (premium) increase make it better?"

A White House spokesman declined to comment and referred inquiries to the U.S. Department of Health and Human Services, which did not immediately respond to a request for comment.

Trump has called subsidy payments a "gift" for insurance companies. His administration has argued that it cannot lawfully make the payments unless Congress passes new legislation.

Some people said they were encouraged to see Trump deliver on a campaign promise to dismantle Obamacare, after repeated failures by congressional Republicans to repeal the 2010 law.

"I support the president because I think Obamacare is imploding and it not only impacts those on Obamacare, but everybody," said Roger Heuring, 58, who lives in New Jersey. Heuring is on an employer plan but said his sister in Ohio buys insurance on the Obamacare market.

"Forget the president – it's the Congress's responsibility. They're the ones that passed this mess to begin with," Heuring said.

In addition to cutting subsidies, Trump signed an executive order last week that could eventually make it easier for Americans to buy cheaper, bare-bones health insurance plans than required by Obamacare.

On Tuesday, two senators struck a bipartisan deal to stabilize the Obamacare market, including reinstating the subsidies for two years. Trump initially said he might back the deal, but reversed course on Wednesday, as senior Republican lawmakers spoke out against a plan that might allow Obamacare to survive.

Meanwhile, Democratic attorneys-general have asked a California judge to intervene and direct the administration to continue the payments until their legal challenge to Trump's cutoff is settled in court.

The moves created new uncertainty over the subsidies, just two weeks before Americans begin to enroll in Obamacare plans for 2018.

If the subsidies are not restored, some middle-income families and small business owners who buy insurance on the Obamacare markets could see their premiums rise the most, said Larry Levitt, health economist at the Kaiser Family Foundation.

These include cash-strapped self-employed workers who rely on Obamacare to buy insurance but make too much money to qualify for government assistance. The very poor receive other forms of government subsidies to buy coverage that shields them from premium increases.

Karyn Feit, a self-employed mental health therapist in Philadelphia, said a hike in premiums will strain her already-stretched finances and force her to cut back on trips to Florida to care for sick parents.

Feit, 47, and her husband together earn $100,000 annually, placing her among America's vast tier of middle-income families. They bought Obamacare individual coverage four years ago, when Feit left her job at a hospital to start her own business, leaving her without employer coverage. She has no children.

Her current monthly premiums are $391. She expects this to rise by $80 a month after Trump's decision.

"The first thing I would have to cut is travel, and caring for other people," said Feit, a Democrat.

Trump voter Stephen Lewis, 62, lost his job as a veterinarian in Wisconsin and bought a health insurance plan under Obamacare. Lewis still supports Trump although he said he fears that his premiums, now $309 a month, could rise further with the subsidy cut, making it harder for him to meet other expenses, including $611 in monthly mortgage payments.

"It is a concern obviously," Lewis said.