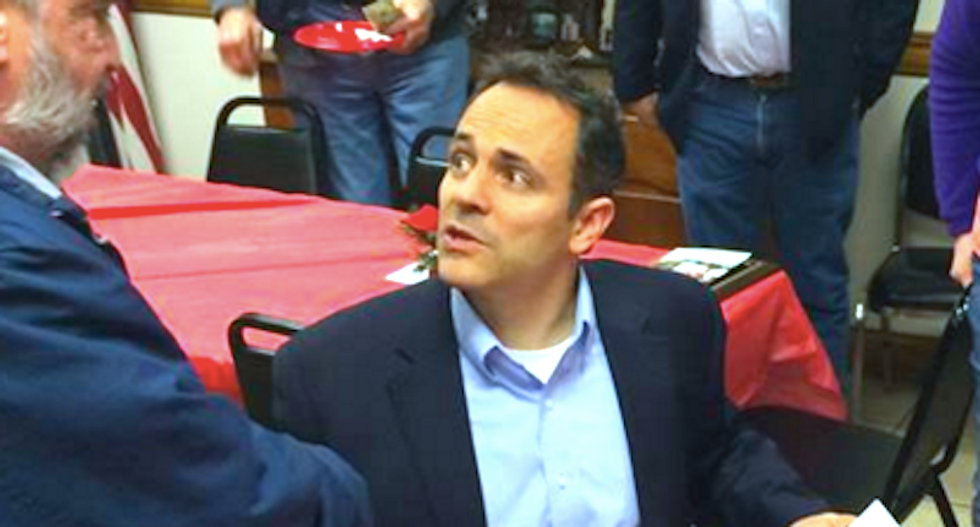 Kentucky Gov. Matt Bevin told a talk radio station this week that he would never allow recreational marijuana to be legalized in his state because he worried about people overdosing on pot.

Local news station WKYT reports that Bevin, a favorite of the Tea Party movement, told WHAS radio personality Terry Miniers that he had heard horror stories of marijuana overdoses in Colorado, which first voted to legalize pot in 2012.

Jason Riley, a reporter for WDRB, reports that Bevin specifically expressed concern about marijuana baked into edibles, such as brownies and cookies, as a primary means of overdosing.

However, Riley notes that the United Nations Office on Drugs and Crime said this year that it could find no evidence of any deaths that stemmed directly from consumption of cannabis products. He also noted that the U.S. Drug Enforcement Agency said that there have been no overdose deaths reported from marijuana this year.

The United Nations Office on Drugs and Crime reported this year that there is no evidence of deaths resulting from… https://t.co/RvwfCR6VQ7
— Jason Riley (@Jason Riley) 1507676415.0

When it comes to alcohol, the Center for Disease Control estimates that there are around 2,200 deaths from alcohol poisoning every year, or an average of six deaths per day.

According to WKYT, Bevin was speaking out against recreational pot because a Kentucky state senator said recently that he would propose a bill to legalize and tax marijuana to help pay for the state's underfunded pension system.

Kentucky lawmakers have floated the idea of using taxes from legal marijuana to deal with state's pensions crisis.