'There's no conversation to be had': REM's Michael Stipe trashes Trump for 'f*cking up' America 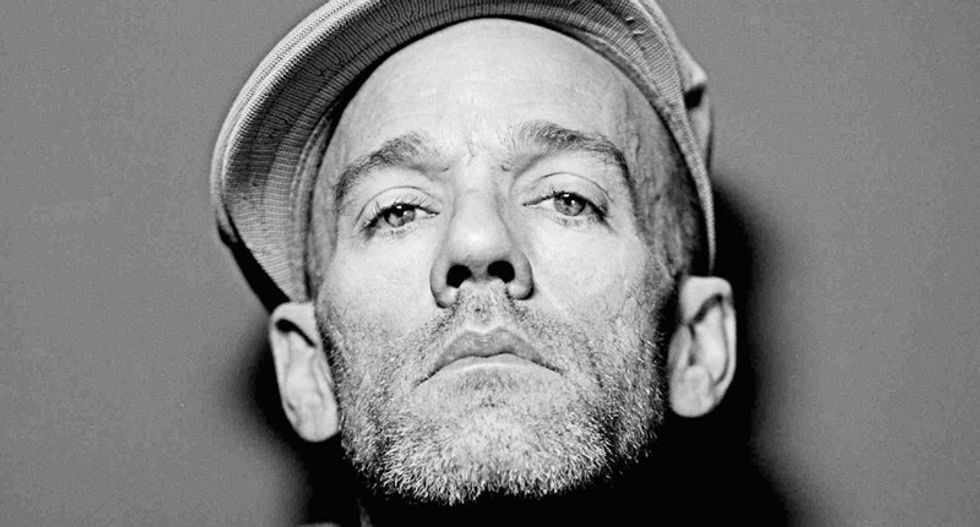 In an extensive interview with the Daily Beast, REM frontman Michael Stipe claimed that America has gone to hell recently -- and assigned the blame to the election of President Donald Trump.

Stipe has never hidden his politics, and said before the 2016 election, "Rather than people voting for a racist, xenophobic agenda, an intolerant agenda, I think they were just trying to smash the machine,” and now says things are worse when it comes to race relations or if you're a woman.

“We became George W. Bush’s idea of the good guys and the bad guys. And it f*cking sucks. It’s across every spectrum. Race relations in the U.S. is our No. 1 problem," he explained.

"It’s a really weird time to be a woman right now because there’s this incredible schism within the feminist movement—as a male feminist," he explained, "it’s hard for me to talk about because I’d get shut down right away; but the election last year really fucked it up for a lot of feminists and now there’s no conversation to be had.”

Stipe went on to criticize a polarized U.S citizenry that is continually at each other's throats.

“It’s not a time for nuance, but it’s exactly what we need. What we need is to stop talking about things like we’re living in a f*cking action movie with superheroes," he elaborated. "These are real people with real problems and real lives. The people who are falling between the cracks are who I’m concerned with. It’s a very f*cked up time to be."

"That said, I’m an optimist," he admitted. "I think maybe things need to get really bad for people to recognize what needs to be done. I’m not sure I know what needs to be done. But we need to start listening to each other. That’s a very hippie thing to say, but… we don’t all need to have opinions on everything. We just need to listen a little more.”