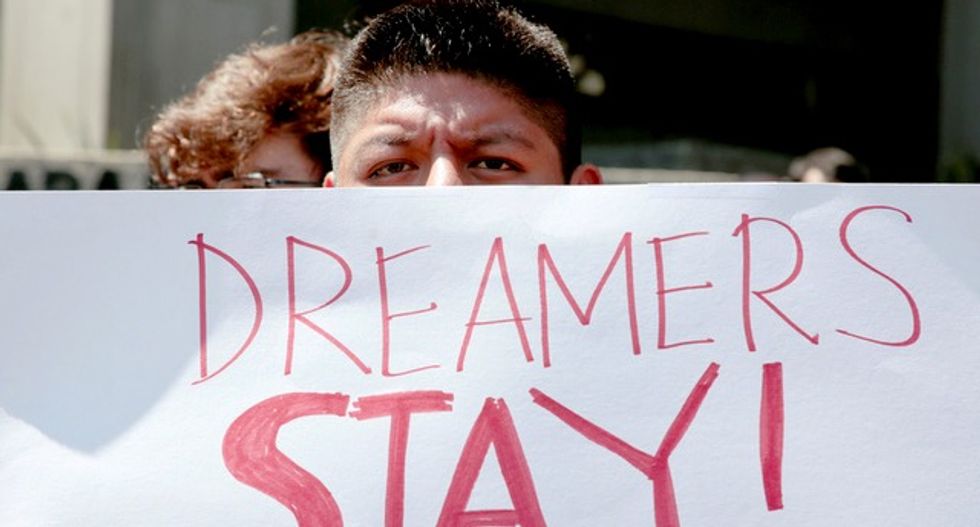 The Trump administration would support legislation allowing illegal immigrants who came to the United States as children to gain lawful permanent status and eventually citizenship, a Department of Homeland Security official said in testimony to Congress on Tuesday.

The Trump administration last month ended the Deferred Action for Childhood Arrivals policy, which began in 2012 under former President Barack Obama and offered nearly 800,000 young people who came to the United States illegally as children protection from deportation and the right to work legally in the United States.

The administration said it ended DACA because Obama overstepped his constitutional authority by creating the policy unilaterally and without Congressional approval. President Donald Trump called on Congress to enact a law to protect DACA recipients, and last month angered some of his fellow Republicans by negotiating with congressional Democratic leaders on possible legislation.

"Under a rational bill these individuals would be able to become lawful permanent residents with a pathway to citizenship," Michael Dougherty, assistant DHS secretary for border, immigration and trade policy, said at a Senate hearing. He was responding to questioning from Republican Senator John Kennedy on the Trump administration's position on whether "Dreamers," as they are often called, should be allowed to stay in the United States.

A DHS spokesman did not immediately respond to a question regarding whether the administration's stance applies only to individuals who had DACA status, or also applies to those who would have qualified had the policy not been rescinded.

Earlier in the hearing, when asked what Trump would like to see in a "DACA fix bill," Dougherty recited a list of the administration's immigration priorities, including border control, expanding the ability to quickly remove people who enter illegally and do not claim asylum, better vetting, reducing visa overstays, reforming non-immigrant business visas and establishing a merit-based system that favors skilled immigrants.

"A BURDEN ON DREAMERS"

Several Republican bills have been introduced in Congress that address various aspects of that agenda, including one that has been endorsed by the White House, but many Democrats and immigration groups see those proposals as poison pills that would kill the chance for a deal on the issue. Democrats say it is unfair to DACA recipients to make legislation helping them contingent on a broad suite of enforcement and reform measures.

"Please do not put the burden on the Dreamers to accept every aspect of comprehensive immigration reform to get a chance to become citizens of the United States," Senator Dick Durbin said during the hearing.

Last month Trump said he was close to a deal with top Senate Democrat Chuck Schumer and top House of Representatives Democrat Nancy Pelosi on protections for DACA recipients that would have border security measures including surveillance systems but not funding for his planned wall along the U.S.-Mexican border, a central 2016 campaign promise.

After his meeting with the Democrats, Trump said, "We're not looking at citizenship" for the Dreamers. But Pelosi and Schumer described their understanding with the president differently, saying that Trump had embraced the provisions of a bipartisan proposal called the Dream Act that would grant permanent legal resident status to Dreamers who qualify, and eventually, a pathway to U.S. citizenship.

On Tuesday, House Majority Leader Kevin McCarthy, who was among a group of Republicans who had dinner with Trump on Monday, was asked whether the president's tentative agreement with Schumer and Pelosi was still live.

"I think what Nancy said when she left the meeting is different from what everybody else in the meeting had the impression of," McCarthy said, declining to answer further questions.

An aide to Pelosi, when asked about McCarthy's comments, said that "there is no change in our understanding" after "subsequent conversations" with the White House. The aide spoke on condition of anonymity.

(Reporting by Yeganeh Torbati and Richard Cowan in Washington; Editing by Leslie Adler)