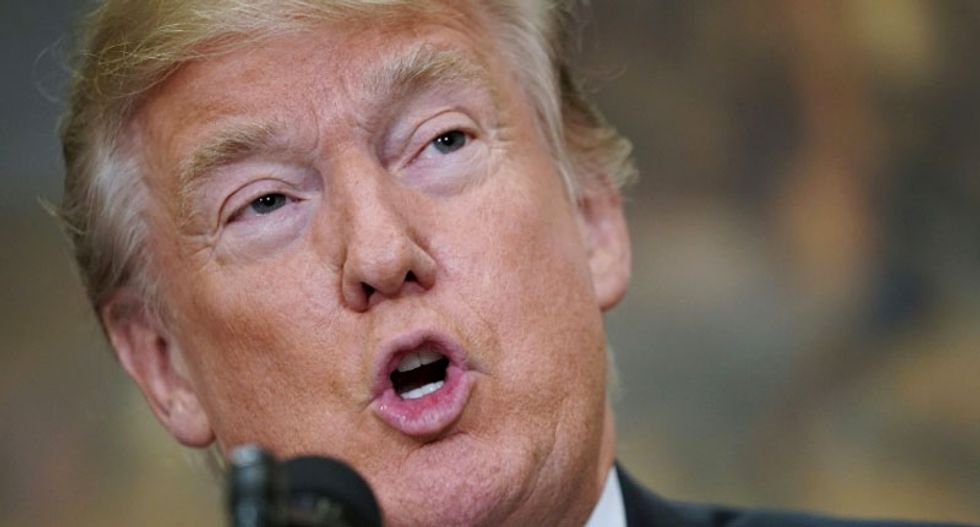 “So much Fake News being put in dying magazines and newspapers,” Trump said. “Only place worse may be @NBCNews, @CBSNews, @ABC and @CNN. Fiction writers!”

So much Fake News being put in dying magazines and newspapers. Only place worse may be @NBCNews, @CBSNews, @ABC and @CNN. Fiction writers!
— Donald J. Trump (@Donald J. Trump)1508277094.0

Trump, one of the most prominent purveyors of false or misleading information, has waged an all-out assault on the news media since he first rose to prominence as a Republican presidential candidate in 2015. Since then, he’s called everything from multiple investigations into Russian influence in the 2016 presidential election to multiple allegations of sexual assault levied against him “fake news.”

Last week, Trump raised eyebrows—even among members of his own party—by suggesting the federal government should look into revoking the licenses of media organizations he believes publish false information. Such licenses don’t exist; instead media organizations are protected by the First Amendment, though they still face recourse for publishing inaccurate information.