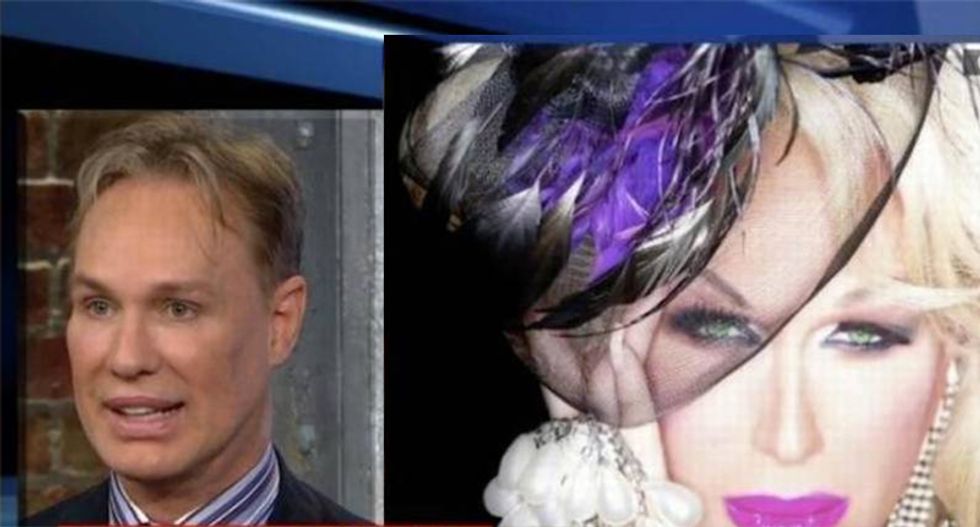 Drag diva Elaine Lancaster is out at the Drag Bunch at Señor Frogs after a post on social media that inflamed the LGBT community in southern Florida.

"JEWISH collusion? What does Zuckerberg's religion have to do with this story?! I had no idea you were also an antisemite. I guess I'll get blocked too. Shame," replied Sharon Kersten, who owns her own public relations firm that reaches out to the LGBT community.

As a result of the comments, Lancaster is out at the headliner at the Drag Brunch, Miami.com reported and has been replaced by Tiffany Fantasia.

“I got the message: ‘Do you want to do it or not?’And I said, ‘OK,’” said Henry Williams, who performs as Tiffany Fantasia. “To my knowledge, it means Elaine is no longer in the show.”

Another drag queen named Adora, performed by Danilo De La Torre, confirmed that Lancaster was out in a Facebook post.

“I guess [brunch promoter Brandon Voss] is over Elaine and all her junk stuff and all the negative things she is getting from people. It’s too bad, really, that it has to come to this. People have the right to support whoever they want to,” Adora said. “But she loved the attention no matter what and she’s paying the price.”

But Lancaster claims that she quit and was not fired. She also said she doesn't need the money.

“I quit Brandon yesterday, Sunday. I can come back anytime I want to come back. There’s a lot of hate that’s been generated for him and is making him uncomfortable,” she claimed. “I just got my inheritance. My mother is still alive, but I got it anyway. So I don’t have to work another day if I don’t want to.”

“It’s a free-speech rally promoting Milo’s free-speech book. It’s going to be a love fest. I’m going to tell my story, how I came into doing drag,” Lancaster explained. “First we’re going to Orlando on Friday. The next one is in Australia. International destinations. The tour hasn’t been laid out yet.”

Lancaster claimed that the tide turned against him after he appeared on a voter panel conveying his support for President Donald Trump. That support was evident on his social media long before the appearance, however.

“I come from a community that touts that we are so inclusive, we are so embracing of what’s different, all we ask for is tolerance and equality,” Davis said in an interview with the Miami Herald after the CNN interview.

President Donald Trump ran claiming he would support the LGBT community and protect them from the terrorism seen at the Pulse Night Club in 2016. Since then, Trump has rolled back LGBT protections in Obamacare, he's banned transgender soldiers from serving in the U.S. armed forces and has hired openly homophobic political leaders to his cabinet.

Over the weekend, Lancaster posted on Facebook that San Juan Mayor Carmen Yulín Cruz would be “lucky to get a job at Amigos discount stores,” due to her public fight with Trump in the wake of Hurricane Maria.