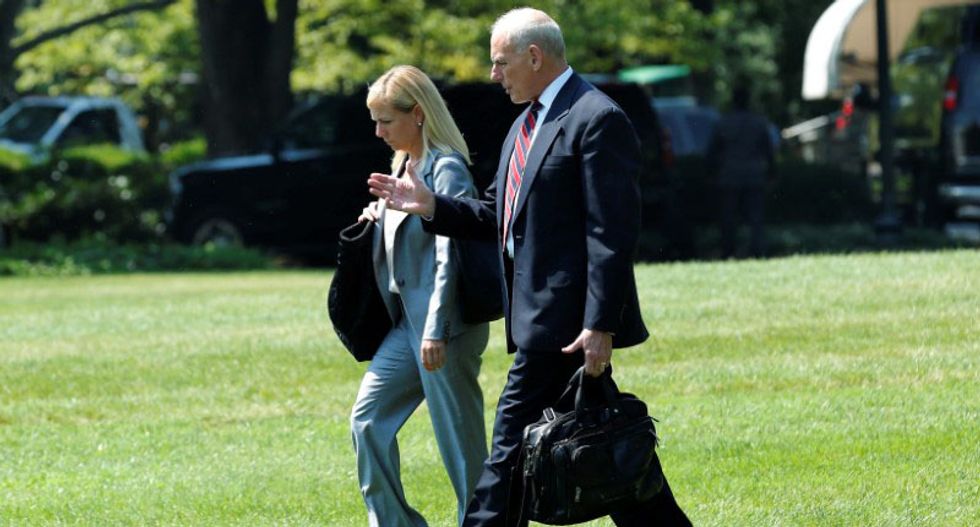 White House Chief of Staff John Kelly (R) walks with Kirstjen Nielsen, the chief of staff at the Department of Homeland Security, on the South Lawn of the White House in Washington, U.S., before his departure with President Donald Trump to Yuma, Arizona, August 22, 2017. REUTERS/Yuri Gripas

The announcement was expected later in the day, the official said on condition of anonymity.

Nielsen is considered an expert on cyber security, one of the primary issues under the Homeland Security Department's sprawling portfolio.

She previously worked at a cyber think tank at George Washington University and is considered well-versed in some of the more technical missions at DHS, such as sharing cyber threat information with the private sector.

Nielsen is an expert in homeland and national security policy and strategy, with a focus on critical infrastructure protection, according to her biography on GWU's Center for Cyber & Homeland Security.