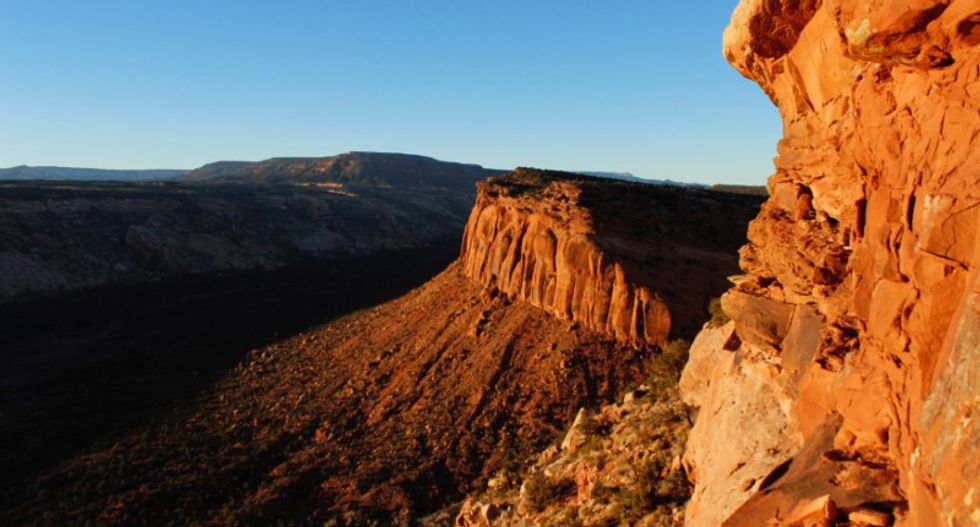 U.S. President Donald Trump will shrink the size of two national monuments in Utah, Senator Orrin Hatch of Utah said on Friday, a change that will open the areas to drilling and mining but which Democrats, environmental groups and Native Americans are vowing to fight.

The two Utah sites, Bears Ears National Monument and Grand Staircase-Escalante National Monument are among several that U.S. Interior Secretary Ryan Zinke recommended reducing in size in order to make way for more industrial activity on the land they occupy.

"I was incredibly grateful the President called this morning to let us know that he is approving Secretary Zinke's recommendation on Bears Ears," Hatch said in a statement emailed to Reuters.

Trump met with Zinke in the Oval Office on Friday. White House spokeswoman Sarah Sanders, asked whether Zinke briefed Trump on his Bears Ears recommendation then, said she did not want to get ahead of the president's announcement.

"I can tell you he (Trump) will be going to Utah in the first part of early December."

She said both Trump and Zinke spoke to Hatch and Utah's other U.S. senator, Mike Lee, during the course of the meeting. Lee has also supported shrinking the sites.

The decision to reduce Bears Ears and Grand Staircase-Escalante marks the Trump administration's most symbolic land designation to date, reflecting its broader agenda of boosting development on federal land and rolling back Obama-era environmental and conservation efforts. (GRAPHIC: http://fingfx.thomsonreuters.com/gfx/rngs/TRUMP-EFFECT-ENERGY/010051272EC/index.html#Lands)

While national parks are created largely because of an outstanding scenic feature or natural phenomena, national monuments are in recognition of a site's cultural, historical or scientific importance.

National monuments designations come exclusively from the president while national parks can only be created by an act of Congress.

Industry groups like the oil lobbying organization the American Petroleum Institute have said in the past that both monuments were unfairly designated and needed to be reviewed.

Green groups and scientists condemned the move to reduce their size.

"Despite demands from millions of Americans, Native American Tribes, elected officials across the nation, scientists and legal scholars, President Trump continues to move down a path that puts the future of America's treasured lands at risk," said Jamie Williams, president of The Wilderness Society, in a statement on Friday. "Any efforts to take away protections for America's lands and waters will be met by deep opposition and with the law on our side."

The Navajo Nation's top lawyer said in September the tribe would sue the Trump administration for violating the Antiquities Act, a century-old law that protects sacred sites, cultural artifacts and other historical objects, if it tried to reduce the size of Bears Ears, which the Navajo consider sacred ground.

In an email to Reuters on Friday, the lawyer, Navajo Nation Attorney General Ethel Branch, said: "The Navajo Nation stands ready to defend the Bears Ears National Monument. We have a complaint ready to file upon official action by the President."

A coal deposit lies beneath Grand Staircase, but an archeological site where two dozen new species of dinosaurs have been discovered is located there, too, and paleontologists are now worried it could be destroyed if the monument's size is reduced, the Los Angeles Times reported on Thursday.

A spokesman for Representative Rob Bishop, a Republican from Utah who is chairman of the House of Representatives Natural Resources Committee, said in an email on Friday that Bishop was working on legislation "that will protect the antiquities in the Bears Ears region, ensure that local voices are heard and bring some finality to this issue once and for all."