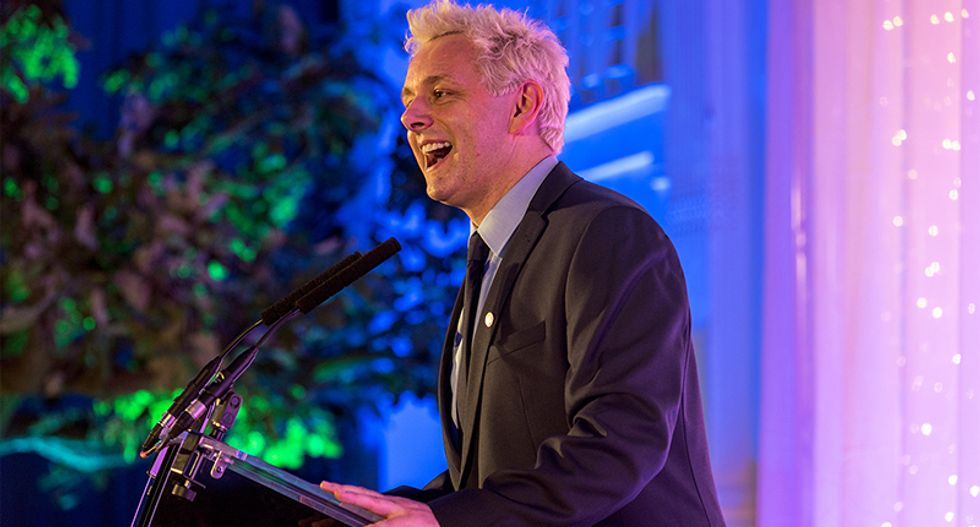 Hollywood star Michael Sheen has revealed he will shortly launch a community business to help his hometown in South Wales, declaring that social enterprises are “changing the world one business at a time.”

The actor, famous for his roles in the “Twilight Saga” and Oscar nominated film “Frost/Nixon”, told the Thomson Reuters Foundation he would start a community hub in Port Talbot, where threats to the steel industry have put jobs at risk.

“Social enterprise is one of the most powerful and effective tools for changing the world,” Sheen said.

“I think it’s such a fantastic idea. We all complain about the state of the world. Well - we should do something about it.”

Social enterprises are businesses that address social or environmental problems.

The hub, expected to launch in 2018, will support people to start their own community-owned businesses and services.

In a blog last year, Sheen denied a suggestion by the Times newspaper that he would quit acting for activism, but he admitted that he might work less as an actor as he had got more involved with community issues in Wales.

“Social enterprise is one of those tools for communities that want to create their own opportunities, like where I come from in the South Wales valleys,” Sheen told the Thomson Reuters Foundation.

Port Talbot is home to Britain’s biggest steelworks, employing 4,000 people, but jobs are under threat amid merger talks between India’s Tata Steel and Germany’s Thyssenkrupp.

The actor, whose film roles have included former British Prime Minister Tony Blair and outspoken football manager Brian Clough, said he became attracted to social enterprise because it seemed such a sensible idea.

“It goes beyond party politics or ideology. You’ve got everything that people who believe in capitalism like, which is making profit and a business model that has to work, but then it’s what you do with the money that is important,” he said.

”In social enterprise the money is invested in a social mission so it’s about business helping communities, helping people who are vulnerable.

Britain is recognized as a global leader in the social enterprise industry, with 70,000 such businesses contributing 24 billion pounds ($32 billion) to the British economy and employing nearly 1 million people, according to industry body Social Enterprise UK.

Sheen was speaking after hosting an awards ceremony this week for Social Enterprise UK, which saw the top prize go to Here, a Brighton-based business offering community healthcare.

Other winners included Change Please, a team of formerly homeless coffee sellers, Auticon, a business run by autistic consultants offering IT services, and a mobile dental service for those who find it difficult to get to a dentist.

“The many nominees and winners show us that you can put people and society before profit and be a successful business,” Sheen said in a statement ahead of the London ceremony.

Sheen said he wanted to help educate people about social businesses to try to keep wealth within communities which could be empowered as a result.

“One of the problems is that not enough people understand what social enterprise is or what it can do. I have a voice and I can get out there and let people know and come up with ideas,” he said.