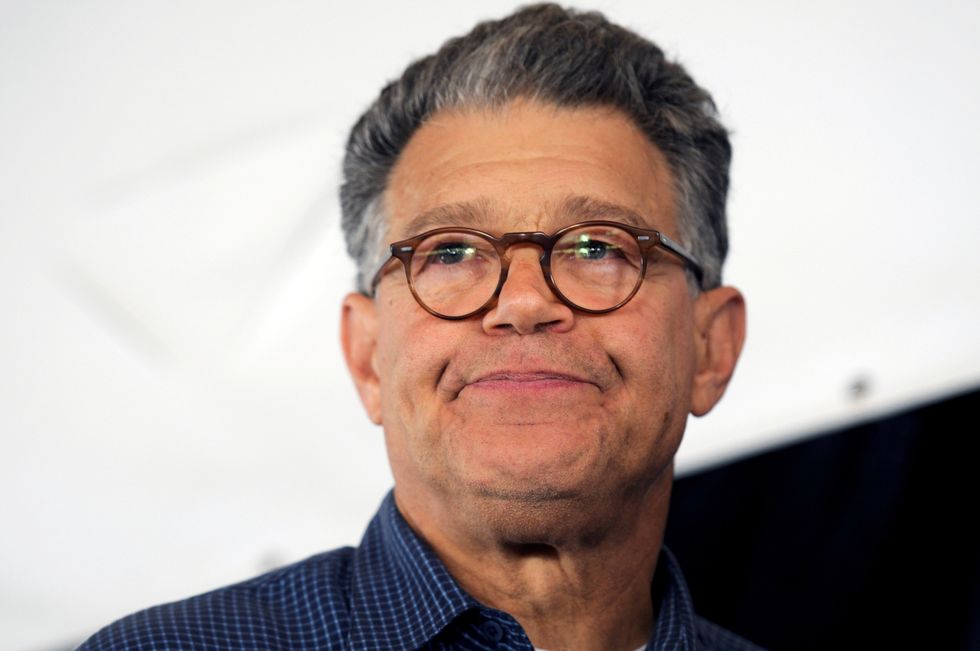 U.S. Senator Al Franken, trying to salvage his political career, said on Sunday he does not plan to resign but called himself "embarrassed and ashamed" by his behavior toward women who have accused him of groping or inappropriately touching them.

Franken, a Democrat and former comedian who has represented Minnesota in the Senate since 2009, said in a round of media interviews -- his first since the allegations surfaced on Nov. 16 -- that he looked forward to returning to his job on Monday.

"I'm embarrassed and ashamed. I've let a lot of people down and I'm hoping I can make it up to them and gradually regain their trust," Franken told the Minneapolis Star Tribune.

Franken resisted comparisons between his behavior and that of Roy Moore, the Republican nominee for a U.S. Senate seat from Alabama who has been accused of improper conduct involving teenage girls decades ago.

"I'm going to take responsibility. I'm going to be held accountable through the ethics committee," said Franken, whose behavior is being investigated by the Senate ethics panel. "And I'm going to hopefully be a voice in this that is helpful. ... Again, I respect women. What kills me about this is it gives people a reason to believe I don't respect women."

In a separate interview with Minnesota Public Radio, Franken, one of the leading liberal voices in the Senate, said has no plans to quit.

When asked if he had considered resigning, Franken said: "No, no. The ethics committee is looking into this and I will cooperate fully with it."

Pressed about stepping aside and allowing a woman to take his seat, Franken told Minnesota Public Radio, "I'm committed to working as hard as I can here in the Senate for the people of Minnesota."

Franken's office had previously issued statements in which he either apologized or said he could not remember behaving in the manner the women have described. He has not denied any of the allegations.

Franken was first accused of sexual misconduct by radio broadcaster Leann Tweeden. She said Franken had forcibly kissed her during a 2006 USO war zone tour, and a photo showed him with his hands over her chest while she was sleeping.

Four days later, a woman named Lindsay Menz told CNN that Franken had touched her buttocks while the two were being photographed in 2010 at the Minnesota State Fair.

Franken has apologized to Tweeden, and has said he does not remember the incident with Menz. Last week, two other women told the Huffington Post Franken had touched their buttocks in separate incidents. The article did not provide the names of those two accusers.

"I don't remember these photographs, I don't," Franken told the Star Tribune. "This is not something I would intentionally do."

"I have been reflecting on this," Franken told Minnesota Public Radio of the allegations. "I want to be a better man."

Franken is among a long list of celebrities and politicians who have been accused of sexual misconduct. The recent wave of accusations, some of them dating back for decades, began in October.

(Reporting by Bernie Woodall in Detroit; Editing by Frank McGurty and Will Dunham)