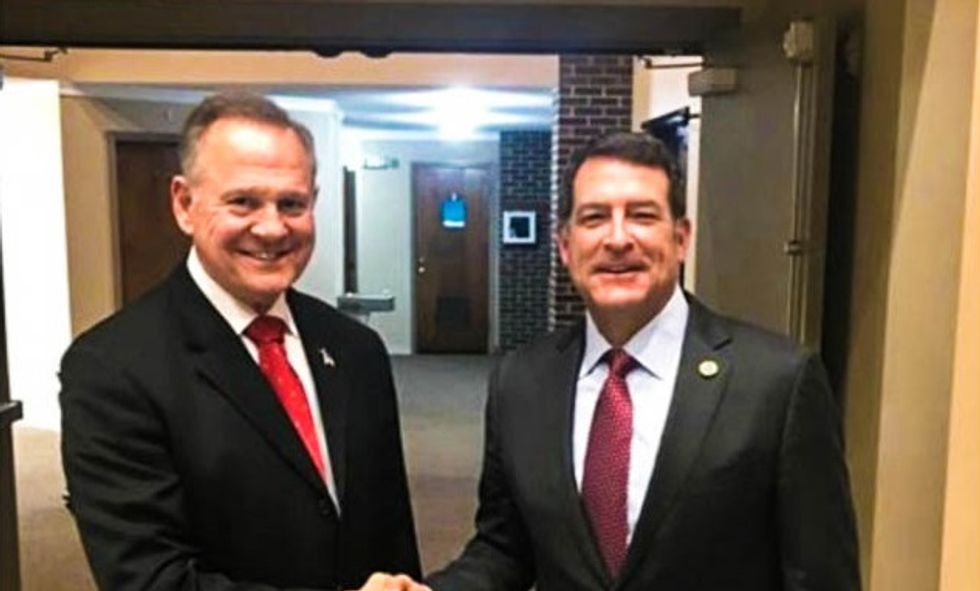 Tennessee Republican State Sen. Mark Green, who is running for U.S. Congress next year, has scrambled to delete social media posts in which he offers effusive praise for his "friend" Roy Moore.

The Nashville Post reports that Green has deleted many of the posts he made in support of Moore's Senate candidacy, despite the fact that he has still not said publicly whether he stands by his original endorsement in the wake of multiple allegations that Moore molested teenagers.

The publication notes that Green in September attended a Moore campaign rally, and posted a photo of Moore and himself shaking hands on Twitter with a caption that read, "Proud to call him my friend!"

Green had been a Moore backer throughout the Alabama Republican primary, and he and his wife donated a total of $5,400 to Moore's campaign.

"Multiple phone calls, emails and texts to both Green and his campaign staff asking about his support for Moore have not been returned," the Nashville Post writes. "It's unclear when the posts were deleted, but they were still public in mid October, several weeks after the events, according to an archived version of Green's Twitter page."