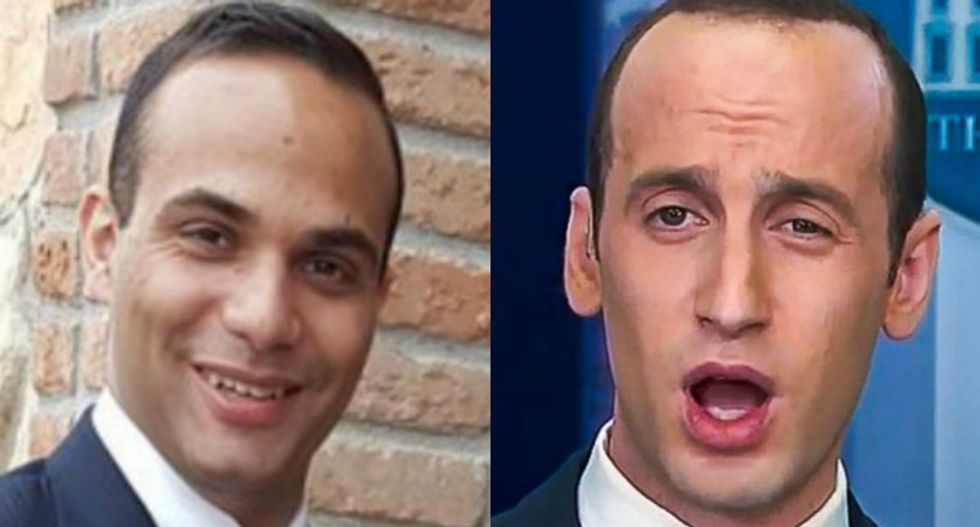 Though the White House and their supporters have tried to distance the president from controversial Trump campaign adviser George Papadopoulos, new reporting shows that he was in with some of the campaign's highest officials.

According to a New York Times report published Friday evening, Papadopoulos had regular contact in the spring of 2016 with then-senior policy adviser Stephen Miller. Papadopoulos emailed Miller to inform him that then-candidate Donald Trump had an "open invitation" to meet with Russian President Vladimir Putin.

Campaign records acquired by the Times show that Papadopoulos "even helped edit a major foreign policy speech that Mr. Trump gave in Washington in late April," the report claims.