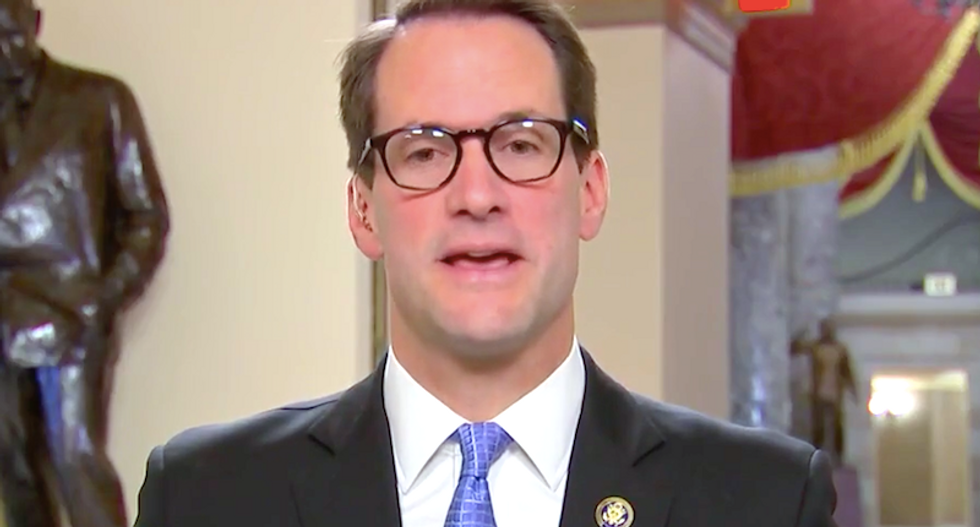 Rep. Jim Himes (D-CT) said Page made numerous claims contradicted by the evidence -- and sometimes his own testimony -- during the closed-door hearing, which he described as "loopy."

"I have to tell you, I've been doing this for a while, and it was one of the weirder depositions I've sat through -- seven hours of really eccentric behavior," Himes told MSNBC's "Morning Joe." "I think it was Lincoln who said, you know, he who represents himself has a fool for a client."

The Connecticut Democrat said Page denied meeting with senior Russian officials until Rep. Adam Schiff (D-CA) confronted him with an email he'd written to other campaign officials bragging about his contacts in Moscow.

"That's one more example after (Attorney General Jeff) Sessions, after Don (Trump) Jr., and four or five other people in the campaign of people obfuscating, of hiding contacts that they had with the Russians," Himes said. "You just have this repeated pattern of behavior of denying contacts with Russians when those occurred, and if nothing else, that does not make you look innocent."