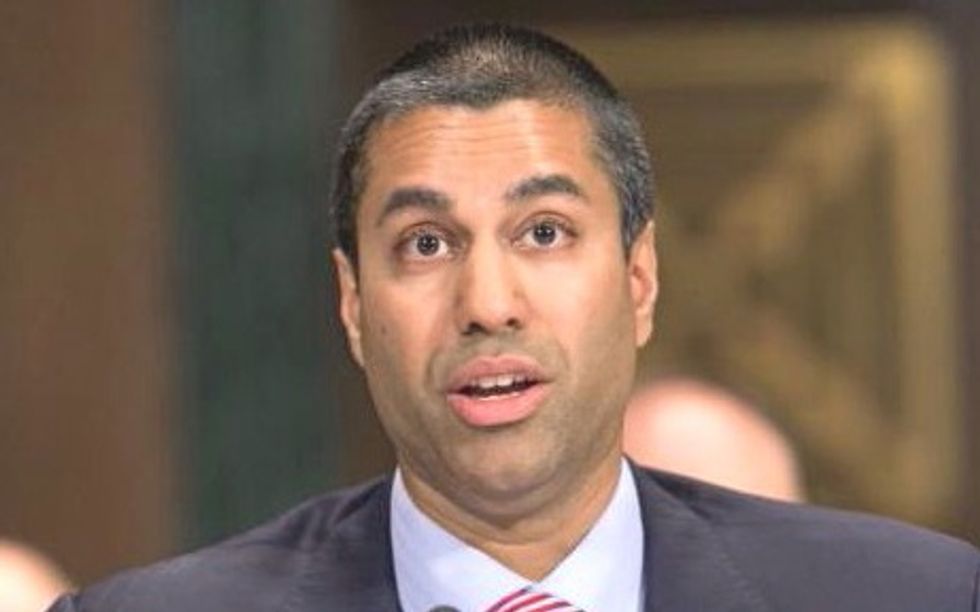 If approved at the FCC's November meeting, the move would be a win for newspapers and broadcasters that have pushed for the change for decades, but was criticized by Democrats who said it could usher in a new era of media consolidation.

The FCC in 1975 banned cross-ownership of a newspaper and broadcast station in the same market, unless it granted a waiver, to ensure a diversity of opinions. The rule was made before the explosion of internet and cable news and Republican President Donald Trump and Pai have vowed to reduce government regulation.

"We must stop the federal government from intervening in the news business," Pai told a congressional panel, noting that many newspapers have closed and many radio and TV stations are struggling. Pai moved earlier this year to make it easier for some companies to own a larger number of local stations.

"Online competition for the collection and distribution of news is greater than ever. And just two internet companies claim 100 percent of recent online advertising growth; indeed, their digital ad revenue this year alone will be greater than the market cap of the entire broadcasting industry," Pai said.

FCC Commissioner Mignon Clyburn, a Democrat, said at the hearing Wednesday the move would lead to further consolidation in the media business and should be opposed. There are three Republicans and two Democrats on the panel.

Pai also proposes to make it easier for companies to own multiple TV and radio stations in the same market and he would allow two local stations among the top four in a market to petition the FCC to merge.

The Pew Research Center said in June total weekday circulation for U.S. daily newspapers fell 8 percent in 2016, marking the 28th consecutive year of declines, while Sunday circulation declined to 38 million, the lowest levels since 1945. Newspaper ad revenue in 2016 fell to $18 billion, down from $49 billion in 2006.

The National Association of Broadcasters said it backs Pai's plan, noting that policymakers have approved numerous "mega-mergers" among phone, cable and satellite programmers "while at the same time blocking broadcast/newspaper or radio/TV combinations in single markets."

The group added "this nonsensical regulatory approach has harmed the economic underpinning of newspapers, reduced local journalism jobs, and punished free and local broadcasters at the expense of our pay TV and radio competitors."

Free Press, an advocacy group, said the proposal would make it easier for Sinclair Broadcast Group Inc  to complete its $3.9 billion acquisition of Tribune Media Co  with fewer divestitures.

The "disastrous proposal is tailor-made for Sinclair and other giant broadcast chains that push often slanted or cookie-cutter content over the public airwaves," the group said.