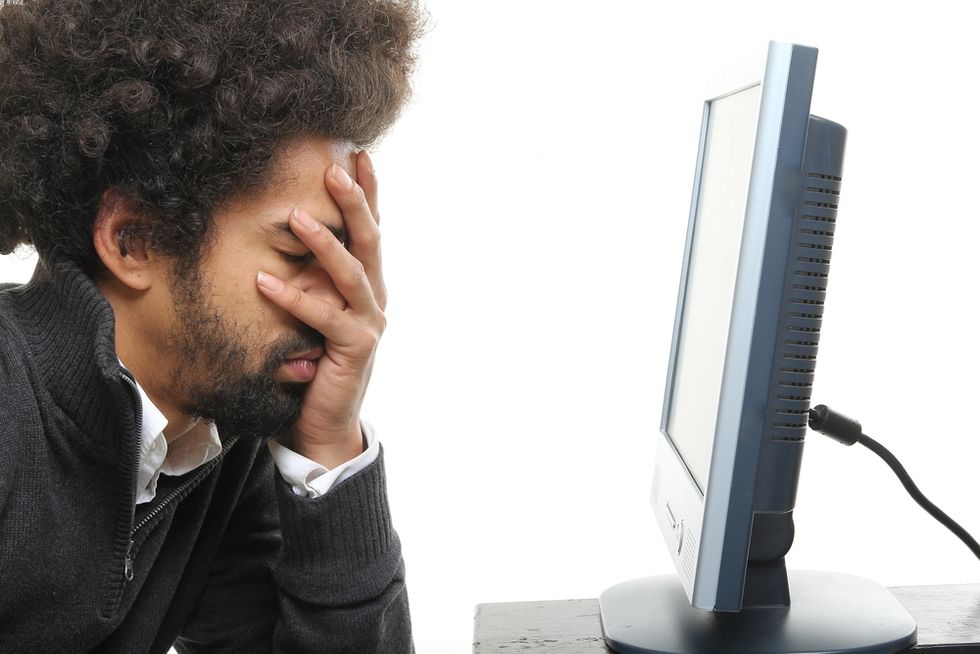 A man covers his face while looking at a computer screen (image via Shutterstock).

After a group chat among members of Florida International University's College Republicans showed racism among the club's ranks, the group's vice president is calling it quits.

As reported by the Miami New Times, which broke the story about FIU's College Republicans' leaked group chat last week, club vice president Mauricio Pons said he can no longer be affiliated with the group amid "jokes" about protesters attacked at the white supremacist rally in Charlottesville in August and suggestions that they call ICE on fellow students.

"I was elected VP and hoped I was able to cause real change and stop the radicalism that is happening," Pons, the grandson of Cuban immigrants, wrote in a now-private Facebook post. "I'm sad to say that for nine months my efforts were futile and I left the group chat because of its toxicity and hate speech."

As screenshots of the group texts leaked to the New Times show, members of the college's GOP group shared a meme calling protesters like Heather Heyer, the woman killed after a car crashed through a crowd of protesters, "snowflakes." They also took photos of fellow FIU students protesting in favor of rights for undocumented people and discussed how they want them to "get ICE'd."

"I have less of a problem with a handful of KKK nut jobs than I do with the nationwide BLM (Black Lives Matter) movement," another of the College Republicans wrote in the group chat.

The school's administration said in a statement that they "will review the matter immediately and conduct any necessary investigations."

You can see one of the offensive memes below.