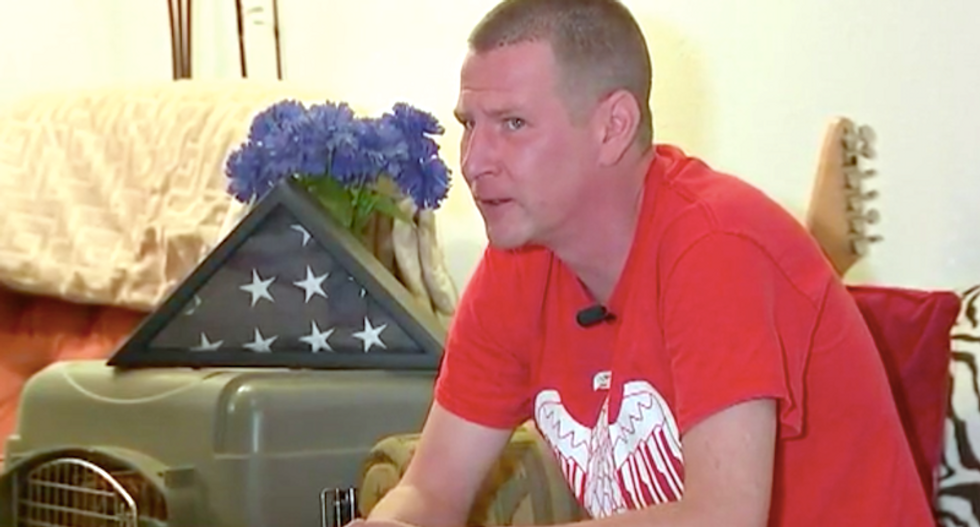 White supremacists are planning to rally at the University of North Florida in support of a student who calls himself a Nazi.

Ken Parker was suspended from the university for threatening student activists in a social media post showing himself holding an AR-15 rifle and displaying a swastika tattoo, reported WJAX-TV.

“Let SDS (Students for a Democratic Society) and the other clowns come at me, I will shut them down," he said in the post.

The university suspended the self-proclaimed Nazi and Ku Klux Klan "grand dragon" on Tuesday, a day after the post was made, and he's appealing the disciplinary action.

"I’m exercising my First and Second Amendment rights at the same time," Parker told the TV station. "So why would anybody be offended by that?"

The university considers the post to be threatening to other students, and the president dismissed the 37-year-old Parker's arguments.

“A picture of somebody with a gun is legal," agreed university president John Delaney. "It’s the overall context that we have to take a look at. We were disturbed by what we saw, and felt that we needed to take action today and that’s what we’ve done."

Parker threatened a lawsuit against Delaney and the university, but other students are glad he's gone.

"These ideologies are not something that deserves a place on a college campus," said student Ryan McClure.

A group of students plan to meet early Monday to protest against Parker and his racist supporters, who are planning a demonstration of their own later that morning.

"I'm honored that the white nationalists are standing on my behalf," Parker said.