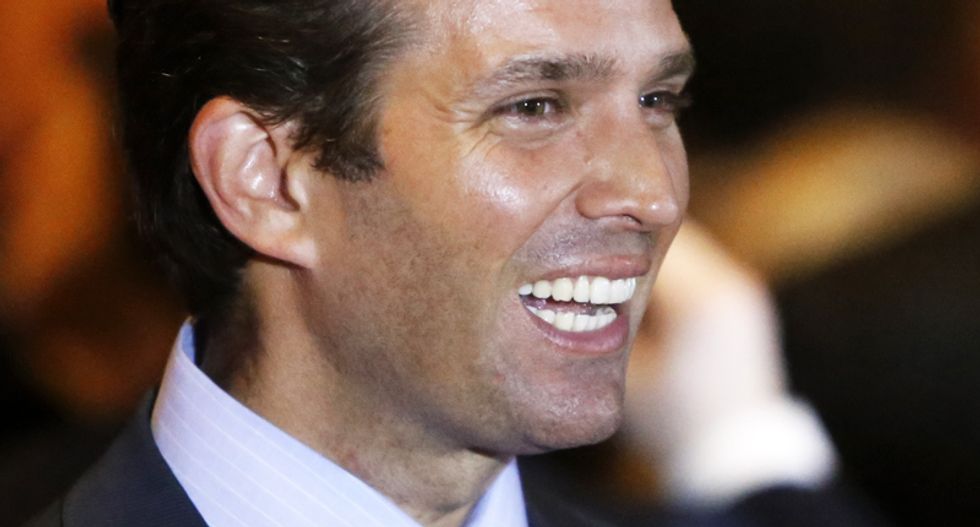 The co-founder of the consulting firm behind a notorious dossier met with a Russian lawyer before and after her meeting with Donald Trump Jr. during the presidential campaign, according to a Fox News report.

The report, which is based on a single anonymous source, rehashes a three-month-old NBC News report showing that Fusion GPS co-founder Glenn Simpson and Kremlin-linked attorney Natalia Veselnitskaya were together in court on behalf of a mutual client that day, while adding a new detail.

The source, whose credentials and connection to the case are not described, also said Simpson and Veselnitskaya were again "together" after the meeting with Trump Jr. and two other top campaign officials, but the report doesn't go into additional detail about where they were or whether they interacted.

The Fox News report was spread widely across conservative media and hyped by the network's Sean Hannity.

"The contacts shed new light on how closely tied the firm was to Russian interests," the Fox reporters note in the second sentence, "at a time when it was financing research to discredit then-candidate Donald Trump."

Veselnitskaya appeared in court the same day as the Trump Tower meeting as part of her work representing the Kremlin-linked investment company Prevezon.

Michael Mukasey, the former attorney general under George W. Bush, asked an appeals court to allow Prevezon to keep an American attorney, John Moscow, from the firm BakerHostetler as a representative in a fraud case he helped draw up years earlier as an assistant district attorney.

The court ruled against Prevezon three months later, and the Russian company settled the $230 million fraud case -- which was central to the Magnitsky Act imposing sanctions on Russian oligarchs -- earlier this year for just $5.9 million.

Simpson and Fusion GPS were hired in 2013 by BakerHostetler, which represented Prevezon, as part of the Russian company's defense in the Justice Department case.

Fusion GPS representatives have said the firm's work for Prevezon had nothing to do with the election and they learned about the Trump Tower meeting from news reports the following year.

Simpson was questioned for more than 10 hours by Senate Judiciary Committee investigators in August, but it's not clear whether he confirmed his contact with Veselnitskaya on the day of the Trump Tower meeting.

A search for contemporaneous reporting on Simpson's appearance in court turns up a slew of back-dated posts on this week's Fox News report on low-traffic conservative blogs.

whose chairman they have blasted as "unprofessional conduct" -- requesting records to determine whether the firm had paid to plant stories in the media.

Veselnitskaya, who said this week that Trump Jr. suggested overturning U.S. sanctions after the election, has signaled a willingness to cooperate with congressional investigators.