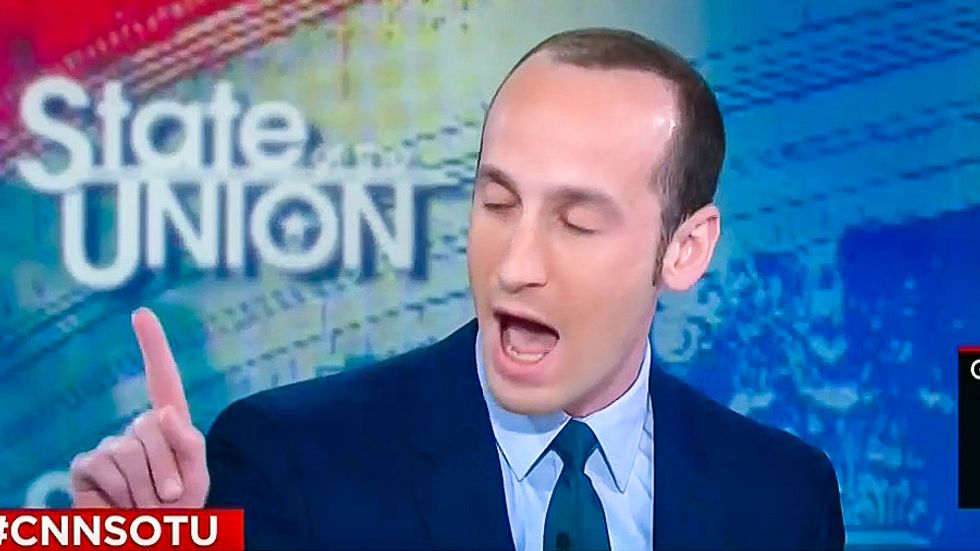 The guilty plea unsealed last month by special counsel Robert Mueller show Papadopoulos was in regular contact with a senior policy advisor revealed over the weekend to be Miller for several months during the campaign, reported Business Insider.

Miller, who remains a chief White House advisor and speechwriter for President Donald Trump, has reportedly been interviewed by Mueller's team in a probe of Russian election interference.

Papadopoulos emailed Miller from London on April 25, 2016, after speaking multiple times to a Russian connected to the Kremlin's ministry of foreign affairs to relay an "open invitation for Trump to meet Russian president Vladimir Putin."

The following day, Papadopoulos met with "overseas professor" Joseph Mifsud, who told the Trump foreign policy adviser that Russia had "thousands of emails" that he promised would hurt Clinton's election chances.

Papadopoulos emailed Miller on April 27 to notify him about "interesting messages coming in from Moscow," the guilty plea shows.

He also emailed Paul Manafort that day to discuss Russia's interesting in hosting Trump, then the Republican frontrunner.

"Have been receiving a lot of calls over the last month about Putin wanting to host him and the team when the time is right," Papadopoulos told Manafort in the email.

Manafort was indicted last month, along with his longtime associate Rick Gates, on money laundering and other charges in the Mueller probe, which struck a plea agreement Oct. 5 with Papadopoulos, who lied earlier this year to FBI agents about his contacts with Russia.

Papadopoulos, who Trump recently described as a forgettable low-level staffer, was in regular contact with top campaign officials as he tried to arrange a meeting between the GOP candidate and Putin.

Donald Trump Jr. met with a Kremlin-linked attorney June 9, 2016, who promised "dirt" on Clinton, and he was joined by Manafort and Trump son-in-law Jared Kushner.

Papadopoulos sat on a foreign policy advisory board overseen by then-Sen. Jeff Sessions (R-AL), who was Miller's boss and currently serves as attorney general.

It's not clear if Papadopoulos ever told Miller or Manafort what the "interesting messages" contained.