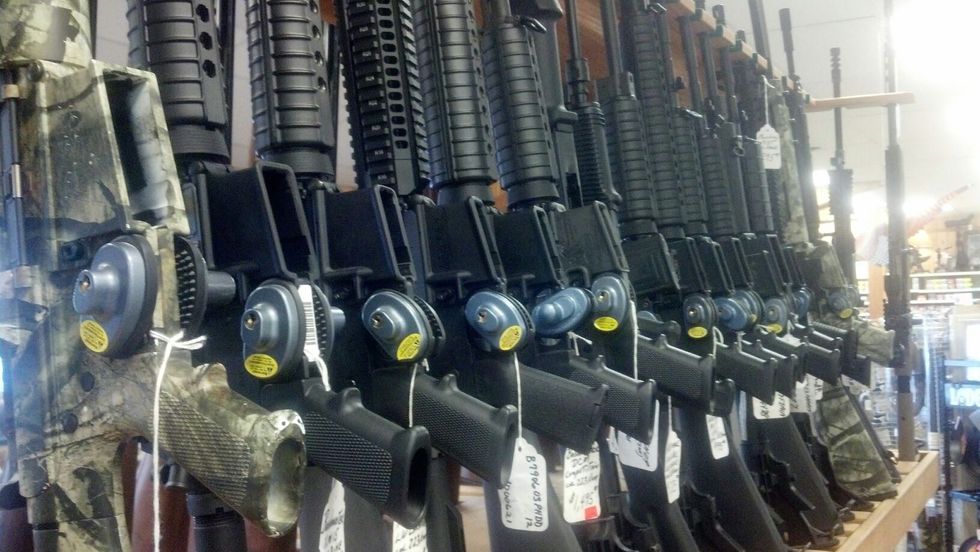 In the world of firearms, it's relatively common knowledge that gun sales go up after mass shootings. But after the Las Vegas attack that left 58 dead and hundreds others injured, the owners of gun companies noted that sales haven't spiked the way they normally do.

A report by The Intercept shows that in a recent earnings call, a partner at firearm accessory company Compass Diversified Holdings noted that they haven't seen the typical spike after the Vegas mass shooting because there's been substantially less threat of gun regulation in the aftermath.

When asked by an analyst if the recent "fairly significant firearms incidents" had any effect on "demand," Compass partner Elias Sabo offered a surprising explanation.

"There was a different tone being discussed surrounding gun control, and that doesn’t appear to be the case right now," Sabo said on the November 9 call.

"I think it’s more likely attributable to the lack of discussion surrounding change in gun laws, which I think really spurred a lot of demand post the incidents," he later explained.

Sturm, Ruger & Company, one of the country's biggest gun manufacturers, noticed a similar lack in increased gun sales on their November 1 earnings call, The Intercept notes.