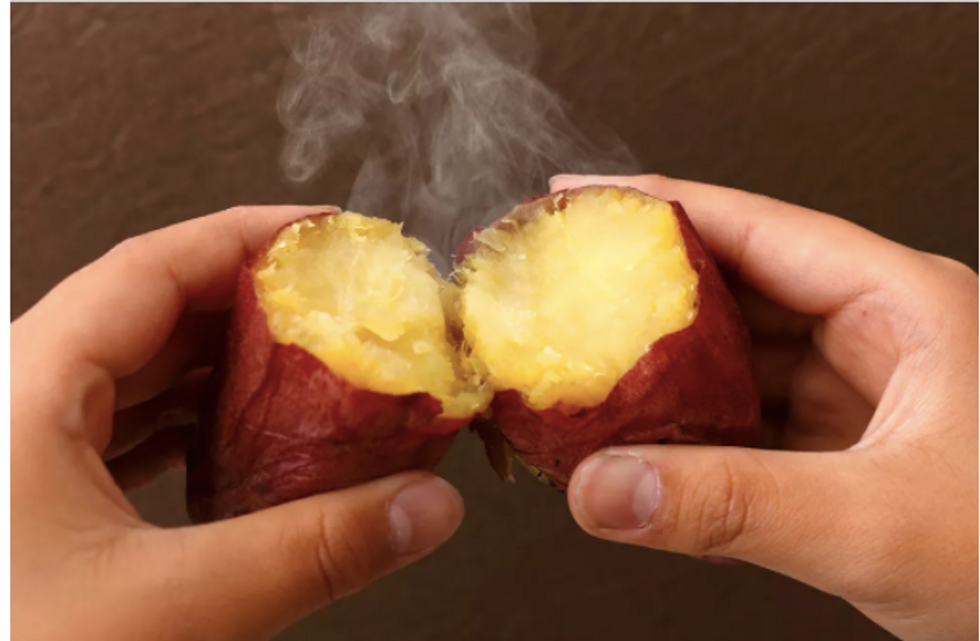 Many children have played hot potato, a game in which they pass a spud to other children quickly so they don’t get stuck with it when the music stops.

Taxes are like that potato. No one likes paying them; everyone tries to pass them to others. The game of hot potato sheds some light on the debate over Republican tax cutting plans, particularly when it comes to companies.

The House just passed its tax cut bill. It would give about two-thirds of roughly US$1.5 trillion in net tax cuts over the next decade to businesses, mainly by lowering the corporate income tax rate to 20 percent from 35 percent. That puts a lot of money on the table. About $100 billion in U.S. corporate profits would be retained by companies rather than paid to the government each year.

Treasury Secretary Steve Mnuchin has claimed that most of this tax savings would go to workers, in the form of higher wages, in line with the president’s argument that the plan would benefit the middle class.

With the help of hot potatoes, let me explain why he’s wrong. 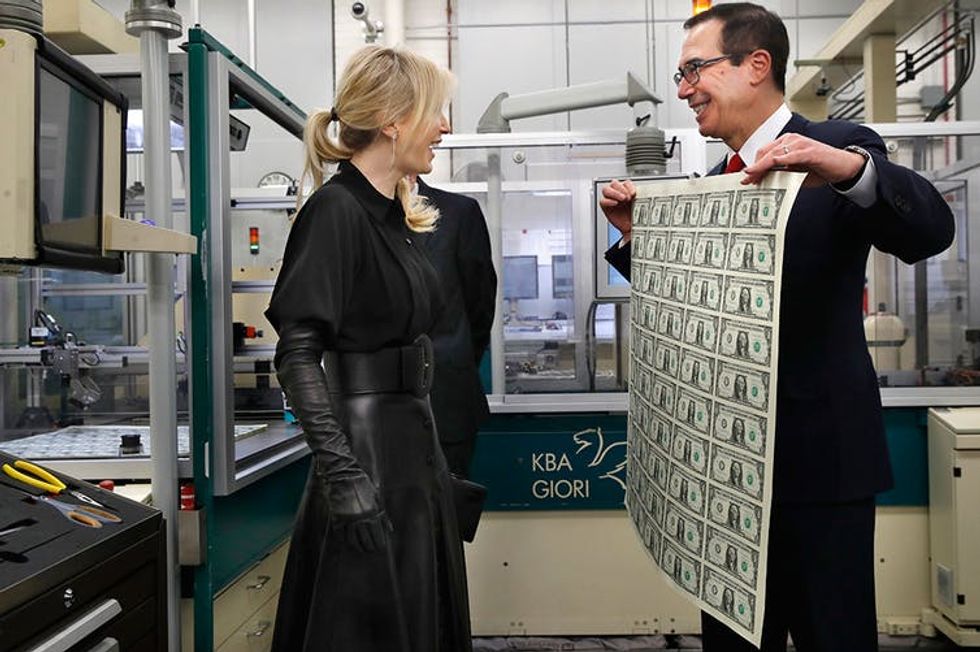 Treasury Secretary Steven Mnuchin holds up a sheet of $1 bills, the first bearing his name, as his wife Louise Linton looks on.

There are two ways a corporate income tax cut can trickle down to workers’ pockets: directly through higher wages or indirectly via lower prices at stores selling the things they buy.

Yet, based on past tax cuts, economists have estimated that only 20 percent of the corporate income tax is borne by workers, suggesting that they would get just a small fraction of any corporate tax reduction.

Furthermore, when asked how they’d spend the gains from a tax holiday on the $2.5 trillion that they currently have parked overseas – which is also part of the corporate tax cut plan – most companies indicated they’d pay back debt, repurchase shares or invest in mergers and acquisitions. Wage hikes were not high on the corporate agenda.

Nor have they been part of the corporate agenda for the past several decades. Since the 1970s worker productivity has increased 74 percent, while average wages have risen only 12 percent. There is no reason to believe that tax cuts would all of a sudden generate greater corporate generosity for workers.

As for lower prices, if the U.S. economy were dominated by small businesses, intense competition would force these companies to lower prices rather than give it to shareholders in the form of dividends. Reduced prices for goods would translate into improved living standards for workers the same way that a wage hike would.

But our economy today is dominated by large multinational corporations facing little pressure to reduce prices. So, the gains from a corporate tax cut will remain with the owners of the business – shareholders.

Furthermore, corporate CEOs have large incentives to avoid passing the gains from a tax cut to workers: Executive pay is tied to the company’s share price. If they pass the extra money on to shareholders in the form of dividends or stock buybacks, share prices will rise – as will executive pay packages.

So back to our game. When there’s a tax cut, someone still is stuck with a potato. That is, someone has to pay for it. There are two ways this can be done: increased borrowing or lower government spending.

When economies are near full employment, as the U.S. is today, additional government borrowing will increase borrowing costs or interest rates. So if the U.S. were to borrow more money to finance the tax cuts, the losers would be middle-income households borrowing to start a business, go to college or buy a home. Around 80 percent of Americans are currently in debt, with a median debt of $70,000. Homeowners would be big losers because higher mortgage rates would also lower the value of their home (they’d also get hammered by changes to the tax code that would make the mortgage interest deduction useless for most people).

Whether or not the U.S. borrows more and increases the national debt, some spending cuts would also be required.

These would likely come from Social Security, Medicare and other social programs that benefit average citizens and the poor. That’s because lawmakers won’t find much savings anywhere else, apart from the military budget, which they almost certainly wouldn’t touch.

Already this appears to be in the cards. The Congressional Budget Office warned that if the Republican tax plan adds to the deficit, it could set off a 2010 budget rule that would lead to half a trillion in automatic cuts to Medicare over the next decade. And the Senate tax plan calls for repealing the requirement in the ACA that everyone buy insurance, which would lead to 13 million Americans losing health insurance – all to save $338 billion over 10 years.

The consequence of the $1.5 trillion tax cut then would be continuing stagnant wages, cuts in government programs, higher interest rates and rising inequality. Translation: The rich get richer and average Americans get stuck holding some very big potatoes.

Adding further injury, average workers wouldn’t benefit very much from the proposed individual income tax cuts either. Only 8.3 percent of those in the House plan would go to taxpayers making $50,000 or less (which about half of all taxpayers). In contrast, millionaires, the richest 0.3 percent of the population, receive more than a fifth of the cuts.

Even worse, unlike for companies, all the tax cuts for the working class disappear after 10 years.