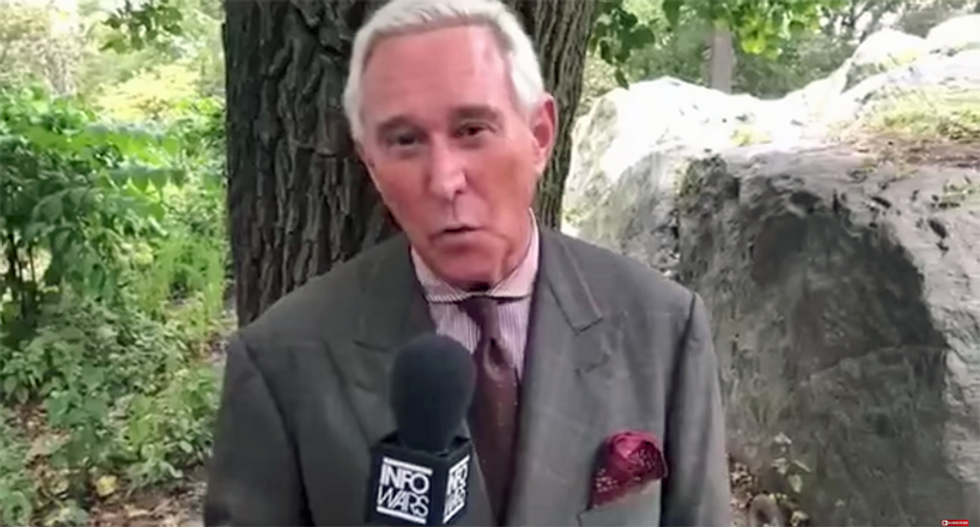 Roger Stone has identified the intermediary between himself and WikiLeaks founder Julian Assange during the 2016 presidential election as radio host Randy Credico, CNN reports.

Stone referenced Credico in his September statement to reporters after meeting with the House Intelligence Committee. Throughout the campaign, Stone appeared to have advance knowledge of some of WikiLeaks’ releases, specifically those which were damaging to Hillary Clinton’s campaign. Stone denied any such connection to WikiLeaks.

"On June 12, 2016, WikiLeaks' publisher Julian Assange, announced that he was in possession of Clinton DNC emails. I learned this by reading it on Twitter," Stone wrote in an opening statement, as CNN reports.

"I asked a journalist who I knew had interviewed Assange to independently confirm this report, and he subsequently did," Stone continued. "This journalist assured me that WikiLeaks would release this information in October and continued to assure me of this throughout the balance of August and all of September. This information proved to be correct."

Stone had originally declined to name Credico, insisting he would not divulge his sources and that his conversations with the journalist were “off-the-record.”

"I'm not going to burn somebody I spoke to off-the-record," Stone said when reporters asked for Credico’s name. "If he releases me, if he allows me to release it, I would be happy to give it to the committee. I'm actually going to try to do that.”

Credico received a subpoena to appear before the House Intelligence Committee on Dec. 15. Credico's attorney, Martin Stolar, told CNN the radio host plans to comply with the subpoena.