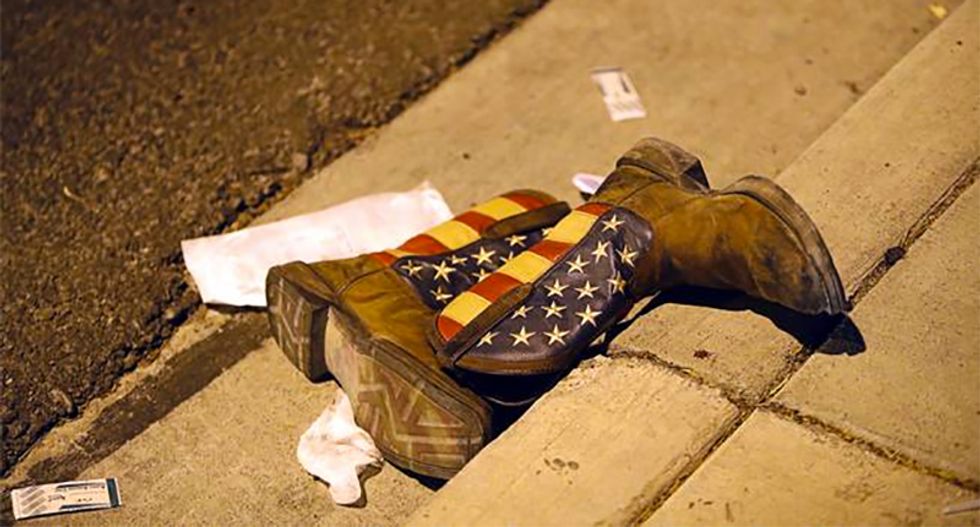 Hundreds of victims of the Oct. 1 mass shooting in Las Vegas filed five lawsuits on Monday in a California court against the operators of the hotel from which the gunman fired, the organizers of the country music festival he targeted and the killer's estate.

The largest of the lawsuits was filed on behalf of 450 people who were either injured in or witnessed the shooting, while the other four were brought by families of people who were killed or severely injured.

All five cases were filed in Los Angeles Superior Court.

Muhammad Aziz, a Houston-based lawyer heading the lawsuits, said they were filed in California because nearly all the plaintiffs were from the state and had been treated there. He noted that Live Nation Entertainment Inc, the event organizer, was a California-based company.

Stephen Paddock, 64, fired into the crowd gathered for the Route 91 Harvest Festival from a 32nd-floor hotel suite at the Mandalay Bay Hotel in Las Vegas on Oct. 1, killing 58 people and injuring hundreds more, the worst mass shooting in modern U.S. history. Paddock also killed himself.

The festival goers also alleged Live Nation was negligent for failing to provide adequate exits and properly train staff for an emergency.

Several lawsuits have previously been filed in the shooting, mostly in Nevada state court. One of those filed on Monday was brought by college student Paige Gasper, who brought the first lawsuit over the mass shooting.

Live Nation and MGM did not immediately respond to a request for comment. The companies have previously declined to comment on lawsuits.

Plaintiffs also sued the shooter's estate for battery and assault. The reportedly wealthy shooter is thought to have had multimillion-dollar real estate investments across Texas and California.

A court hearing about who will be appointed to administer Paddock's estate is set for Dec. 7.

Slide Fire Solutions, the maker of the so-called bump stock device Paddock used to achieve a near-automatic rate of fire, was named in previous lawsuits over the shooting, but not in any of the suits filed on Monday.

Aziz said Slide Fire was not named because most of his clients supported the right to bear arms.

"We want to focus on hotel and venue security, not turn this into a gun rights case," he said.