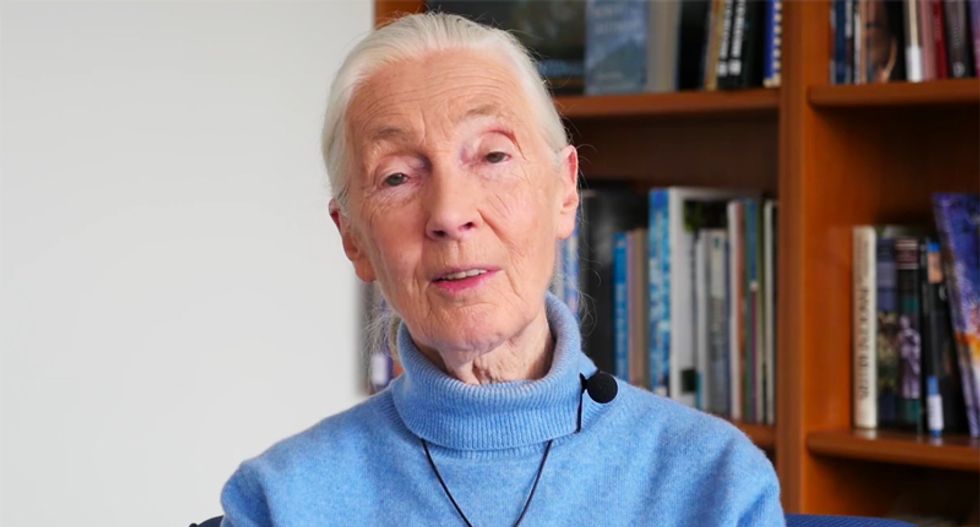 British primatologist Jane Goodall sent a letter to every U.S. senator on Tuesday urging them to oppose a push in the U.S. Congress to allow oil drilling in Alaska's Arctic National Wildlife Refuge, a region environmentalists say is one of the world's last paradises.

The Republican-led Senate is trying to open up the 1002 region on the coastal plain of the ANWR, a region inhabited by Gwich'in natives, caribou herds, polar bears and millions of birds that migrate to six of the world's seven continents.

"If we violate the Arctic Refuge by extracting the oil beneath the land, this will have devastating impact for the Gwich'in people for they depend on the caribou herds to sustain their traditional way of life," Goodall said in the letter, a copy of which was seen by Reuters.

The ANWR's "very wildness speaks to our deeply rooted spiritual connection to nature, a necessary element of human psyche," wrote Goodall, best known for her study of chimpanzees in Tanzania.

Last week, a group of 37 U.S.-based scientists whose research focuses on Arctic wildlife asked senators to not open the ANWR, saying that drilling would be "incompatible with the purposes for which the refuge was established."

The Senate energy committee on Wednesday will consider a bill spurred by Senator Lisa Murkowski, a Republican from Alaska and the head of the panel, to hold at least two lease sales in the ANWR over the next 10 years.

The administration of President Donald Trump is pursuing a policy to make the country "energy dominant" to maximize oil, gas and coal production. Republicans say the 1002 portion of the ANWR is a "non wilderness area" because the government put it aside decades ago for drilling.

Republicans have attached the ANWR measure to budget legislation, which needs only 50 votes to pass the Senate, but faces hurdles with many provisions being added to it.

Democrats are fighting the ANWR bill saying that Republicans are trying to sneak it through the budget process, and that it would not survive as stand-alone legislation that would need 60 votes to pass.

Senator Maria Cantwell, the top Democrat on the energy committee, told Reuters she was urging her fellow lawmakers to listen to scientists.

"Does it take the voice of Jane Goodall to beg Senators to stop hurting indigenous people and animals?" asked Cantwell." "She's calling on them to set a conservation example instead of creating the next tragedy."