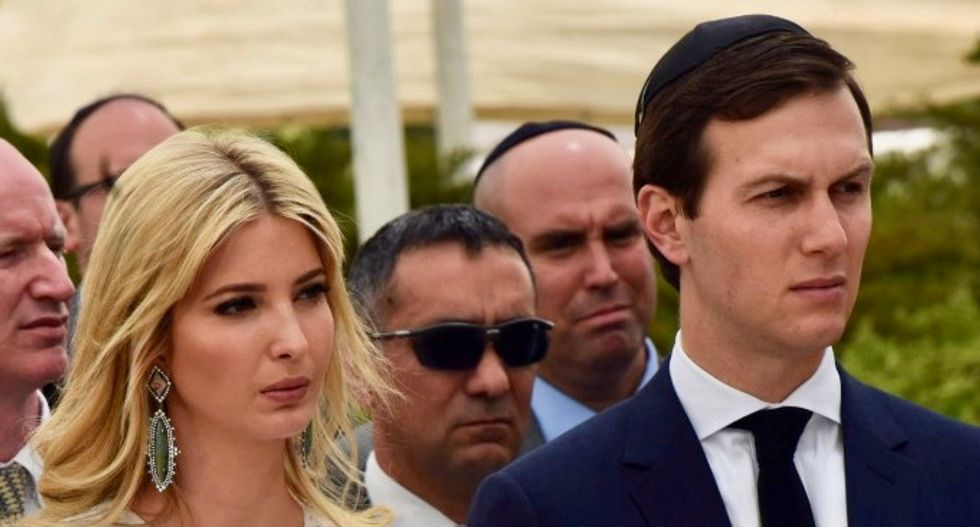 President Donald Trump's elder daughter Ivanka and her husband Jared Kushner have scaled back their agendas and intentionally lowered their profile in recent months, but are still rootless and "in a world of sh*t," according to one family friend.

Fox described the Metropolitan Museum of Art's annual All Hallow's Eve benefit -- "the sort of event where Ivanka Trump, before her unexpected career detour to Washington, D.C., might have once held court" -- which was attended by multiple close friends of Ivanka and Kushner, but from which Ms. Trump was conspicuously absent this year.

After her father's surprise election a year ago, Ms. Trump and Kushner have felt a distinct chill from many longtime friends and acquaintances, a process Kushner somewhat bloodlessly described as "exfoliation" of people who "didn't have a lot of character."

In the chaotic, anything-goes first months of the new administration, both Ivanka and Kushner took hard blows to their reputations and personal brands. The installation of White House Chief of Staff John Kelly has imposed a certain order on daily business at the White House and limited the couple's exposure to bad publicity, but the damage may already have been done.

Many of Kushner's real estate holdings are financially underwater or facing litigation. Mueller is said to be closely examining Kushner's role in the firing of former FBI Director James Comey.

The president's son-in-law also made a secret trip to Saudi Arabia in late October on the eve of what appears to be a palace coup by the country's crown prince Mohammed Bin Salman.

Ms. Trump has made appearances at friendly outlets like Tucker Carlson and Sean Hannity's shows to push her child tax credit plan, but largely she and Kushner have handled the Trump administration's many crises like the "rich kids" that they are, said Vanity Fair.

"President Trump himself has repeatedly reminded the couple of what a nice life they had in New York, before they were 'getting killed' by the press in D.C., several sources have said," wrote Fox. "Their old life in New York, of course, no longer exists for them as it did."

And looming over everything is the constant specter of the multiple investigations swarming around the administration.

“They’re in a world of shit,” said a source close to the family. “He may seem cool, but he’s sweating, and she’s like her father. She’ll never acknowledge it and [will] blame the media. But she’s been working on her reputation forever, and now it’s going to suffer horrifically. And for what?”