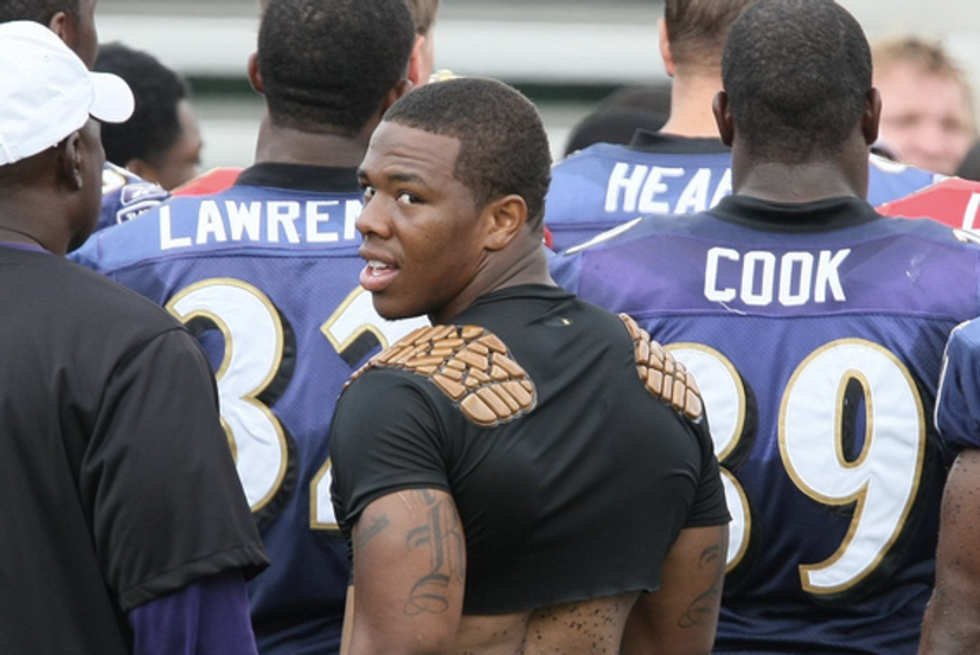 Ray Rice, the disgraced former NFL running back who was caught on camera punching out the woman who would go on to become his wife, has been invited to talk at Liberty University's convocation next month.

Rice, who has not played in the NFL since being cut by the Baltimore Ravens after video emerged of him punching out his then-fiance Janay Rice, will speak at Liberty University's convocation on December 6, the school's Office of Spiritual Development announced on Monday.

Liberty University, which is run by prominent evangelical leader Jerry Falwell Jr., is the largest evangelical Christian university in the United States.

In addition to Rice, the school has also invited race-baiting Fox News personality Tomi Lahren and former Trump campaign manager Corey Lewandowski to talk at the convocation next month.

Check out some of their responses below.