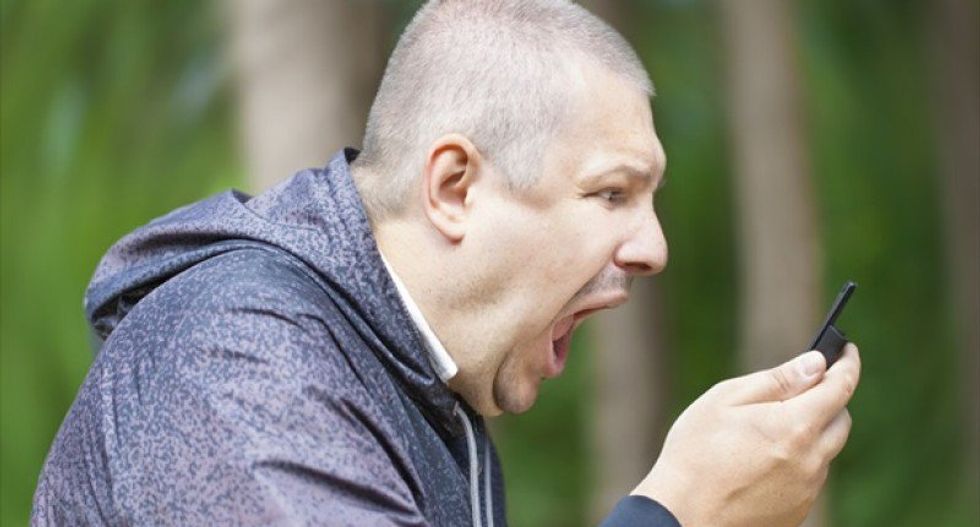 Phone scam have seen a huge uptick in recent years. The Justice Department arrested dozens of people in a massive phone scam ring in India last year, and the final defendant pleaded guilty this week. But one man got the ultimate revenge.

The Canadian Broadcasting Corporation reported Thursday that Kevin Underhill took matters into his own hands when the scammers kept badgering him claiming to be with the Canadian Revenue Agency. So, he started calling them back.

"It was actually very terrible voicemail," he told CBC.com. "It was very robotic. It stated that it was the Canada Revenue calling and there was a pressing matter of serious consequence and they were starting criminal activity."

He researched to confirm it was a scam -- and that's when he took action.

"I called them back the first chance I had," Underhill said, explaining how easy it was to get to a phone operator. The actual Canada Revenue Agency forces callers to go through a menu of options. "It took two rings and an agent was on the phone. This was immediate."

Once he knew he could get straight to a caller he began trolling them daily on his lunch breaks.

"I called many times to tie up their lines," he said. He even found ways to try and scam them.

"When they asked my name, I said 'I'll spell it: Y-O-U, middle initial: R, last name spelled: A-S-C-A-M," he described. "And once he typed that into the computer, I said 'Read that back to me, make sure you got that right.'"

The person on the phone exclaimed, "Wait a minute, that's not your name!" and hung up the phone. Underhill called them back immediately, pretending to have been disconnected.

"One guy fell for it," he continued. "I gave him a different name and he went through the whole thing and said 'You have committed income tax fraud and you also have some kind of disability fraud as well and we're starting litigation on you on criminal charges.' I'm like 'Are you kidding me?' I just got out of prison, I've been serving 10 years for fraud and my lawyer told me this was all going to go away.' They just hung up on me."

"Another guy took the phone away from him and said 'Stop calling us!' I said 'Who's this?' He said 'It's the manager of the CRA.' I'm like, 'Oh, why do you guys keep hanging up?' He goes, 'Leave us alone. Stop pranking us,'" Underhill said.

He explained that he's heard of people calling back sometimes but he's never heard of anyone going as far as he did.

"But I also know that if I keep calling back and waste their time, then it's one less person that they're able to reach," he continued. "Senior citizens, that's where my worry is. Certainly there are grandparents that don't use the Internet, don't follow social media and don't know about this."

Once he felt like the scammers had enough of his harassment, he called the police to report the scam. The officer he spoke to not only took his report, she encouraged him to call the media to spread the story.

In the United States, identity theft and fraud cost consumers more than $16 billion in 2016, CNBC reported. That includes phone and internet scams.

"Often, scammers who operate by phone don’t want to give you time to think about their pitch; they just want you to say 'yes,'" the Federal Trade Commission explained on its consumer information page. "But some are so cunning that, even if you ask for more information, they seem happy to comply. They may direct you to a website or otherwise send information featuring 'satisfied customers.' These customers, known as shills, are likely as fake as their praise for the company."