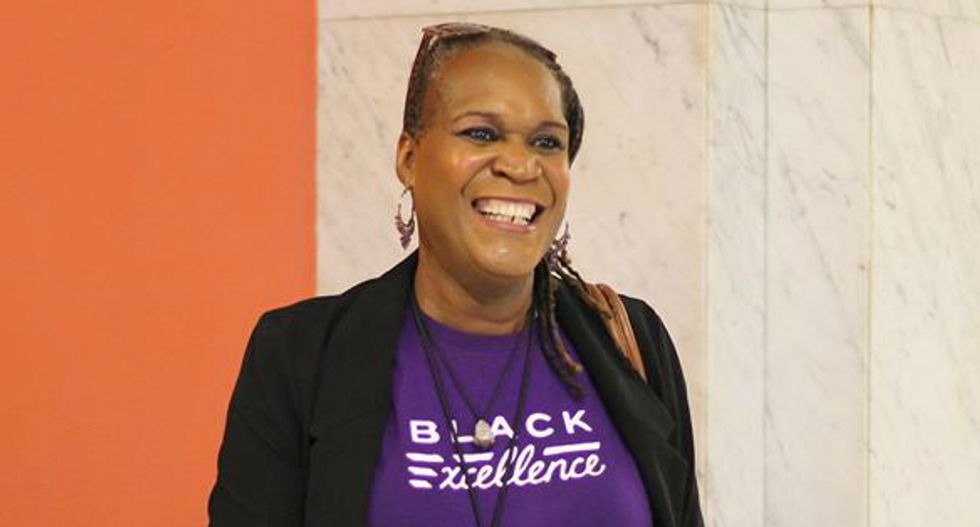 As the Advocate reported, Jenkins was endorsed by the Minneapolis Star-Tribune, and beat three other candidates for the seat. In her role as an aide to departing Minneapolis City Council President Elizabeth Glidden, Jenkins worked to revitalize poor neighborhoods. In her work, Jenkins said she wanted to improve the lives of people in those neighborhoods without doing so at their own expense.

Jenkins, a Democrat, is accomplished in many fields -- she is a poet, a prose writer and a performance artist. Her campaign platform, the Advocate reported, included "affordable housing, raising the minimum wage, addressing youth violence as a matter of public health and supporting minority artists."

She also ran alongside a cisgender lesbian and a trans man for city council seats whose races have not yet been declared.

Angela is not the first trans woman of color to win an elected office, but she is the first who was out at the time of her running. The first trans woman of color to ever be elected was Althea Garrison, a woman whose trans status was unknown when she won a Massachusetts House seat in 1992. She was outed by a conservative reporter shortly before beginning her single term in the Massachusetts state legislature.

(Correction: A previous version of this article incorrectly stated that Andrea Jenkins was the first transgender woman of color legislator in the United States.)