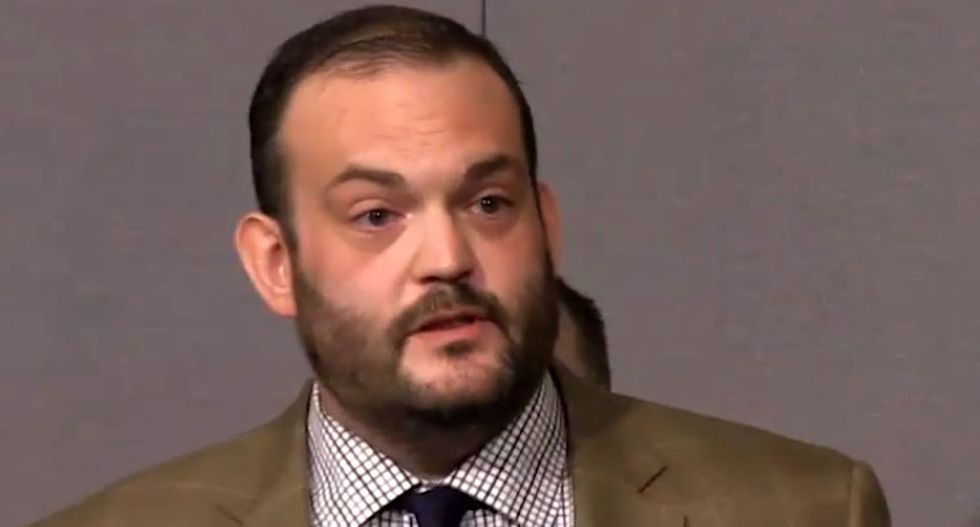 A state senator in Minnesota who faces accusations of sexual harassment had been positioning himself as a defender of women’s rights.

Multiple women have accused Sen. Dan Schoen, a Democrat, of subjecting them to unwanted sexual behavior.

“The women describe behavior by Schoen that ranges from persistent and unwanted invitations to meet to physically grabbing a woman from behind. One woman, who asked to not be identified, said he sent her a photo of male genitalia via Snapchat,” wrote the MinnPost, which was the first to report on the allegations against Schoen.

Schoen had sponsored two bills to crack down on sexual offenses since being elected to the state's Senate in 2016, according to the Pioneer Press. He also sponsored or co-sponsored several similar pieces of legislation while serving in the state's House of Representatives from 2012 to 2016.

While serving in the House, Schoen said that having a daughter had changed his opinion on abortion. "If an abortion is what she decides to have for her -- for her, not me or anybody else on this planet -- then she should have that right," he remarked during a 2015 hearing.

Schoen also attended the 2017 Women’s March at the Minnesota Capitol. The organizers of the march have now called on him -- and another lawmaker facing similar allegations -- to immediately resign.

Democratic Gov. Mark Dayton and the leaders of both Minnesota Senate caucuses have also called on Schoen to resign.

"The reported acts of harassment from Senator Schoen are totally unacceptable and unbefitting of the office in which he serves," Dayton said in a statement. "This behavior cannot be tolerated in Minnesota’s workplaces or in our communities."

The lawmaker, however, has said the accusations against him are either false or taken out of context. He has said he won't resign.

"It was never my intention to leave the impression I was making an inappropriate advance on anyone. I feel terrible that someone may have a different interpretation of an encounter, but that is the absolute truth. I also unequivocally deny that I ever made inappropriate contact with anyone," Schoen told MinnPost.