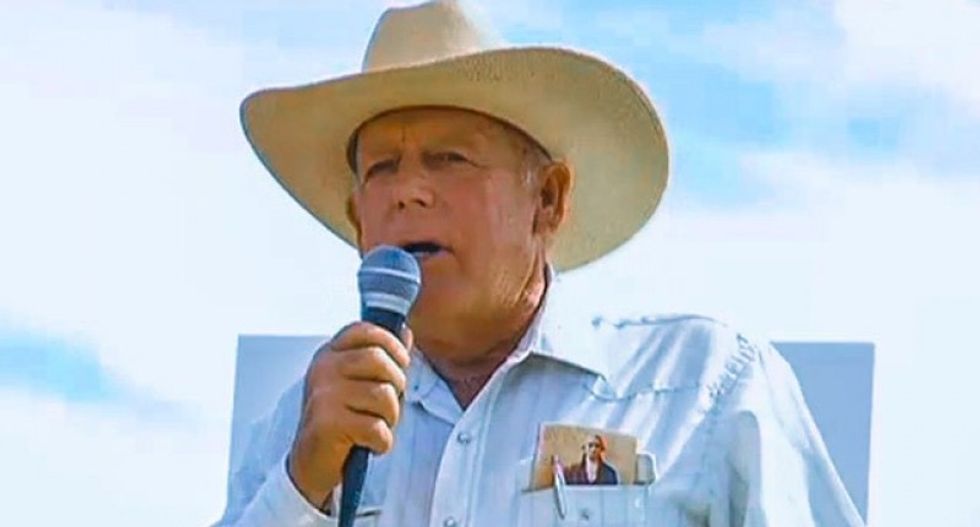 LAS VEGAS (Reuters) - Nevada rancher Cliven Bundy won a court order releasing him from jail to home confinement for the duration of his federal conspiracy and assault trial in Las Vegas, but he has opted to remain locked up on principle, his attorney said on Wednesday.

U.S. District Judge Gloria Navarro has ruled that the 71-year-old cattleman and three others on trial with him, including sons Ammon and Ryan Bundy, may remain essentially under house arrest, rather than behind bars, while the case proceeds in court.

The four men are accused of conspiring to use the threat of force in a 2014 armed standoff with federal agents near Bundy's ranch, a confrontation that galvanized right-wing militia groups challenging U.S. government authority over public lands in the American West.

Ryan Bundy had already been released from jail to a halfway house earlier this month before he was permitted transfer to detention in the home of a court-approved host for the rest of the trial, which is expected to run through February.

His brother Ammon Bundy, their father and a fourth defendant, Ryan Payne, obtained approval for similar home-confinement arrangements on Wednesday during a closed-door session before the judge, according to defense lawyers.

The reason behind Navarro's decision, reversing previous rulings, was not publicly disclosed by the judge or lawyers.

But the elder Bundy refused to accept a conditional release from jail while several others charged in the case, including two other sons - Mel and David Bundy - remain incarcerated pending a separate trial that has been postponed until 2018, his lawyer, Bret Whipple, told Reuters.

Whipple called his client a "man of principle," saying Bundy was unwilling "to take a deal from the government when he hasn't done anything wrong to begin with."

Bundy and the others have cast themselves as patriots who were acting in protest against government agents who seized his cattle in a grazing dispute.

Unless he changes his mind, the elder Bundy will remain locked up at a detention facility in nearby Henderson, Nevada.

The three other men had to submit to round-the-clock electronic monitoring, while their hosts agreed to remove all weapons as a condition of the defendants' home confinement, defense lawyers said. The defendants may only leave the premises for legal, medical or religious reasons, unless otherwise approved in advance.

Payne's release is still subject to approval by the federal judge in Oregon who presided over a separate trial arising from an armed occupation of a federal wildlife refuge by some of Bundy's followers last year. Payne pleaded guilty in that case.

The Nevada trial will remain in recess until Dec. 11.