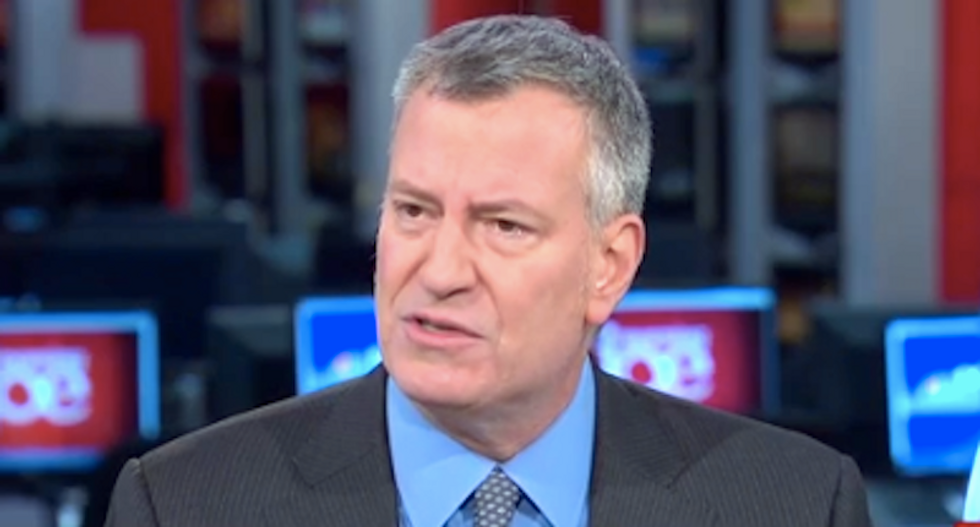 De Blasio had the support of 61 percent of likely voters in the most recent Quinnipiac University poll in the race, released last month, more than triple the 17 percent of respondents who backed Malliotakis, of the city's Staten Island borough.

Last week's truck attack, in which an Uzbek man inspired by the Islamic State killed eight people and injured 12 on a bike lane, likely had little impact on voter preference in the heavily Democratic city, said Douglas Muzzio, a political science professor at Baruch College.

A progressive liberal, de Blasio in the past week campaigned with U.S. Senator Bernie Sanders of Vermont, an independent who backed de Blasio's call for a state tax hike on people making more than $500,000 a year, a measure with little chance of passing the state legislature in Albany.

De Blasio's chances are helped by strong disapproval in New York for U.S. President Donald Trump, a Republican businessman and real estate developer whose deals and personal life commanded the front page of the city's tabloid newspapers long before he garnered greater national fame for his starring role in the reality television show "The Apprentice."

Some 78 percent of respondents to the Quinnipiac poll disapproved of the way Trump is doing his job, with just 18 percent approving. De Blasio had a 58 percent favorability rating in the poll of 731 likely voters performed Sept. 27-Oct. 4, which had a 4.7 percentage point margin of error.

De Blasio has taken heat for increasing service disruptions and delays on the city's aging subway system, the largest in the United States, though he has taken pains to emphasize that the subway is run by a state-controlled authority, not the city.

Malliotakis in recent weeks has criticized de Blasio over testimony from a former donor to the mayor in a federal corruption trial involving a union boss. The donor, Jona Rechnitz, told jurors he established a direct line to City Hall after raising money for the mayor's campaign in 2013.

Federal prosecutors said in March they would not charge de Blasio, a point he has repeated in trying to dismiss the scandal.