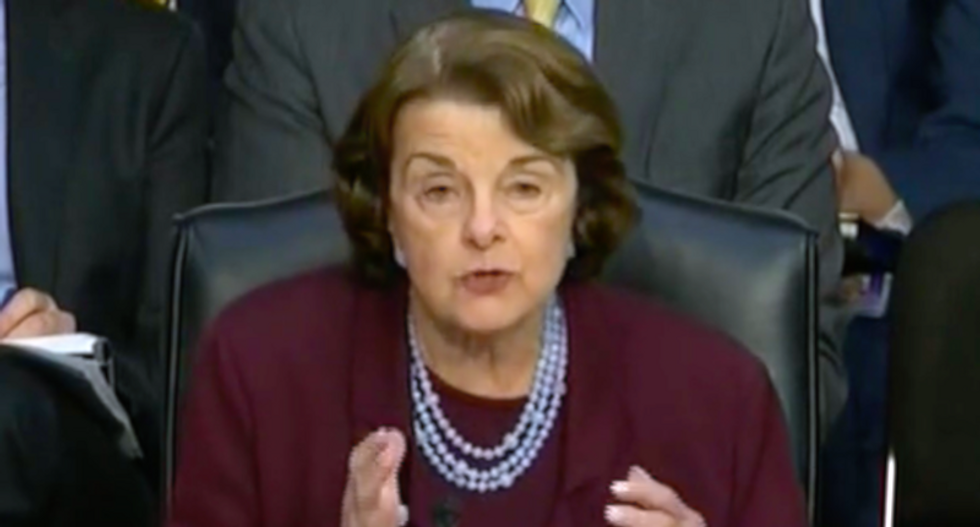 The top Democrat on the Senate Judiciary Committee has asked four foreign policy advisers to Donald Trump's 2016 presidential campaign for documents about their contacts with Russians and discussions about Russia.

Feinstein also asked some of the advisers to turn over any documents they have related to efforts to obtain or share "hacked" emails or other electronic data belonging to Democrat Hillary Clinton's presidential campaign, Clinton herself, Clinton campaign chairman John Podesta and the Democratic National Committee.

She asked Gordon about efforts during the 2016 Republican presidential convention in Cleveland to soften proposed party platform language related to Russia and Ukraine.

Convention delegate Diana Denman told Reuters in August 2016 she had proposed platform language urging the United States to provide "lethal defensive weapons" to Ukraine's armed forces, but that Gordon told her he was going to speak to Trump about her proposal, which was not added to the platform.

In an email to Reuters on Wednesday, Gordon said, "I'm always glad to clear up popular misconceptions, myths and blatant falsehoods surrounding all things Trump-Russia, like I've already done with other congressional committees. I look forward to a valuable exchange of information with the Senate Judiciary Committee, as well."

In her letter to Phares, Feinstein said she was interested in a meeting that he, Gordon, and Page allegedly held during the Cleveland convention with Sergei Kislyak, then Russia's ambassador to the United States.

An aide to Phares said he maintains that Kislyak "was just one of many foreign diplomats present in the audience at a panel discussion" and that such an event "cannot fairly be described as a meeting with Russian officials."

Feinstein asked Page to turn over documents on trips he took to Russia in July and December 2016.

In an email on Wednesday, Page said: "I hope if they can be somewhat reasonable in terms of supporting my efforts to deliver all of this domestic political intelligence to them down in the DC swamp, I'll be happy to help with this latest tranche of irrelevant Witch Hunt information."

A lawyer for Clovis did not immediately respond to a request for comment.

Feinstein is cooperating with Republican Judiciary Chairman Senator Chuck Grassley on some but not all aspects of the committee's investigation of Trump-Russia allegations.