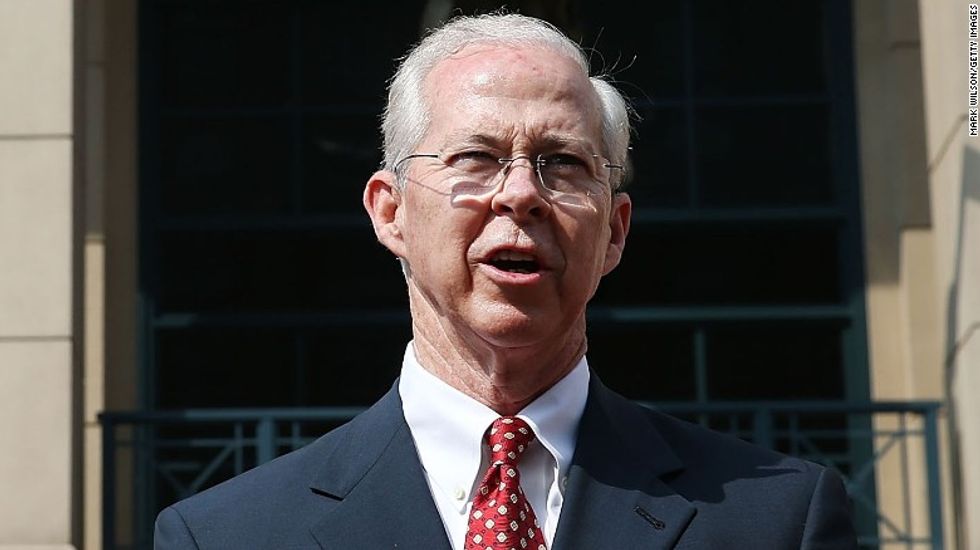 A Democratic Senator said on Tuesday he wants answers from top Justice Department officials about why a career prosecutor was asked to resign days before a special counsel unveiled the first criminal charges in an investigation into Russia's role in the 2016 U.S. election.

Dana Boente was asked to quit in late October as the U.S. Attorney for the Eastern District of Virginia, whose district has played an important role in the investigation.

It was also announced on Oct. 30 that a third former Trump adviser, George Papadopoulos, had pleaded guilty earlier in the month to a charge of lying to the FBI.

U.S. Senator Chris Coons, a member of the Senate Judiciary Committee, said he was writing to U.S. Attorney General Jeff Sessions and Deputy Attorney General Rod Rosenstein to ask if Boente's departure was "normal or justified."

"I'm concerned about the abrupt departure of Dana Boente after a career as a federal prosecutor ... There's a lot of circumstances that connect the ongoing Mueller investigation to the Eastern District," Coons said in an interview.

A Department of Justice spokesman said the agency does not comment on personnel matters.

Investigations into whether Republican Trump's campaign associates colluded with Russia last year to help him defeat Democratic nominee Hillary Clinton for the presidency arose after U.S. intelligence agencies concluded Russia carried out a campaign of hacking and propaganda to interfere in the election.

Russia has repeatedly denied meddling allegations and Trump has denied any collusion.

A Justice Department veteran, Boente has stepped in to help stabilize the law enforcement agency in frequent periods of turmoil during the first year of the Trump administration.

A person familiar with the matter confirmed that Sessions, a former Alabama Republican senator and close Trump ally, asked Boente to tender his resignation in late October.

Boente will step down as head of the National Security Division once Trump's nominee John Demers is confirmed by the Senate. After that, Boente will continue as head of the Eastern District in Alexandria, Virginia, until he is replaced.

Trump has not yet nominated anyone for that post.

The Eastern District post is the fourth most powerful position in the department's line of succession.

A judge in the district approved the search warrant for the Alexandria, Virginia home of former Trump campaign manager Manafort in July.

A grand jury in the district earlier this year became part of Mueller's probe of former national security adviser Michael Flynn, who is under scrutiny for his work as a lobbyist for a Turkish businessman.